I’m a bourbon girl, born and raised in bourbon country. In my mind, bourbon has always belonged to Kentucky and anyone claiming to make bourbon, especially good bourbon, outside of the Bluegrass State was probably drinking too much of their own product. And I have long held on to the belief that bourbon was the only whiskey worth drinking. But I’m sitting here with evidence that I was wrong on all counts. A big, beautiful bottle of High West’s American Prairie Reserve. It’s good. In fact, 92 points from Wine Enthusiast good. Or for a more metered measure, good enough to enjoy neat.

Established in 2007 by David Perkins, a former biochemist who always harbored a passion for whiskey and a penchant for history, High West is taking the craft distillery world by storm. When I met with Perkins and head distiller, Brendan Coyle, on a gorgeous fall Park City morning at High West, it was a bit early to start drinking. But we were there to talk about spirits and their particular take on the art of whiskey, so it couldn’t be helped. Bottoms up at 9am. (I love my job.)

But first, some background. When Perkins began to take this itch to make whiskey seriously, he called up the master distiller at Four Roses Distillery in Kentucky and received a warm welcome. A serious student of spirits, he also traveled to Scotland for more schooling. OK, I’m ready to give him some points for authenticity. Then, armed with lessons learned on the road, Perkins came back to Park City and got to work. Why Park City? If you have to ask, you’ve never been there. High West has set up shop on some prime real estate, at the base of Park City Mountain Resort’s popular Quitting Time run and in the heart of Park City’s Old Town in two historic buildings (one of the early Victorian homes in Park City and the Livery Stable / National Garage next door) that they meticulously and beautifully renovated. High West could not have dreamed up a better location for their saloon and restaurant.

But it’s more than just the allure of Park City that drew David Perkins here to make whiskey. It was also Utah’s robust history with distilling and long love affair with whiskey. And just like everything at their Old Town headquarters, history is an important part of the endeavor. The Saloon nods to the important role saloons played in our western history—a gathering place where business was done and mischief was encouraged. It’s almost as much fun to read about the historically-inspired names of each of their spirits as it is to taste them. Almost.

High West’s first spirit was their Rendezvous Rye, a blended rye whiskey whose name pays homage to the legendary and riotous Rocky Mountain Rendezvous whiskey fests of the Old West. They sourced rye whiskeys from “back East” while they gave their own distilled spirits time to age. And they were off. Since then, their iterations of whiskey have not disappointed.

And a new chapter in High West history is in the works. After we tour and taste our way through High West’s whiskey reserves in Old Town, we drive 17 miles outside of Park City to a ranch in Wanship, Utah, where they are currently building a new facility. The information I had about this new facility did not prepare me for the scope of the project. It is huge and aspiring and it’s set up high on a hill on a beautiful ranch. It’s also stunning. The facility is not finished and only one of four stills is in, but the one still can run 40 times the capacity of their current stills. You could say that with this new facility, High West has upped the ante.

This new facility will be open for tours and events and they are aiming for an opening next summer. It’s a bit of a drive from Park City, but just like visiting Kentucky’s bourbon country, driving to the distilleries and touring their facilities, the trip will be well worth it. 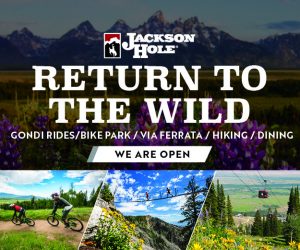