When it comes to live music preferences, do you tend to favor the venue of a quiet room over a large stage? How about the pure notes of a single guitar over a wall of sound? Are you a die-hard music listener who is forever curious about how your favorite songs are written and where each line of lyrics came from? And do you love mountain towns?

If you answered yes to any of these questions, you’d best be getting yourself to picturesque Park City, Utah this September for the inaugural Park City Songwriter Festival. Good friends, Park City locals, and Grammy-winning songwriters have collided to curate the most intimate and unique musical experience in North America. Their mission was to craft a music festival that feels like a house concert in which attendees have open access to the best songwriting artists in the business from musical hotspots all over the U.S. Festival goers will have the rare opportunity to hear the real stories behind hit songs from the writers themselves as well as attend master classes from industry pros. In this vein, the Park City Songwriter Festival is more than just a performance. It’s a true celebration. A celebration of Folk, Americana, Country, Rock, and Soul. Five intimate venues on Park City’s historic Main Street will host this celebration of the singer/songwriter as told by over 40 artists.

And this festival goes deeper than just the songs by giving back to the songwriting community and raising awareness to the problems hitting the industry. Another main goal of the founders of this event is to focus on mental health and addiction recovery challenges that persist in the music industry and community. Park City Songwriter Festival has partnered with the Grammy’s MusiCares organization and headlining artist Anders Osborne’s Send Me A Friend Foundation. MusiCares was created to specifically safeguard the health and well-being of all music people as a four-star charity and safety net in times of need. Send Me A Friend is a national network of “sober friends” that are on call to offer a helping hand and be a source of support for musicians who are struggling to stay sober. Both causes are extremely relevant and again highlight the fact that this event is so much more than just another music festival. 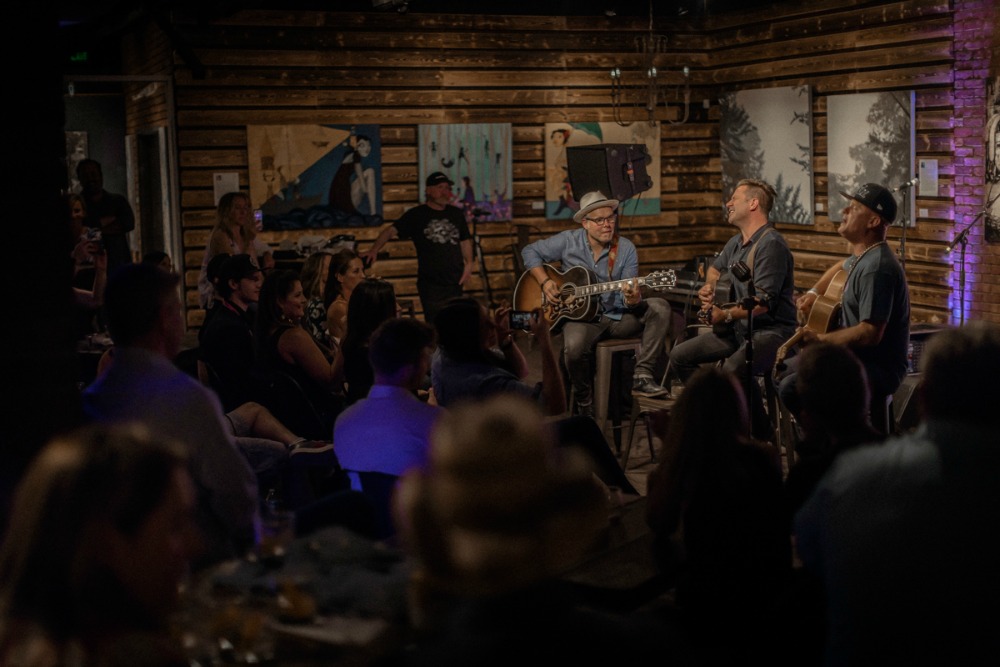 -2 Day Festival ticket with 32 shows to choose from

-Guaranteed access and first entry option to all shows

-Main Stage shows on both nights

-2 Day Festival ticket with 32 shows to choose from

-VIP Only Artist Mixer on Saturday

-Choose from 28 shows on a first come, first in basis

For tickets and more info, head to parkcitysongwriterfestival.com