From the California gold miners racing though Sierra cement in the 1850s to the high-flying ski jumping events at Alta and Sun Valley nearly 100 years later, skiers in the U.S. have always found a way to turn all forms of skiing into competition. In the mid-1970s, even the soulful act of powder skiing became a judged event with the creation of the Powder 8s Grand Nationals in Jackson Hole, Wyoming. First held in Cody Bowl (out-of-bounds terrain accessed via a short hike from the top of the tram) in 1975, the Powder 8s is a competition to see which two-person team can leave behind the nicest set of tracks on an untouched slope of powder.

From the beginning, the Powder 8s drew top skiers from around the world, including Pepi Stiegler who won the inaugural event with his partner Peter Habeler. Back in the ‘70s, powder skiing required a physical combination of balance, strength, and finesse, with the mental ability to surrender and accept the pull of gravity. Not everyone could ski a long powder run non-stop, so competing in the Powder 8s was a legit way to see how you and your partner stacked up against the best.

With judging based on three categories—synchronization, dynamic skiing, and turn shape, the Powder 8s became a perennial event that determined who the best powder hounds were. While the fame and glory from winning the Powder 8s Grand Nationals in Jackson Hole was nice, the real payoff came in the form of an all-expenses paid trip to Mike Wiegele Helicopter Skiing in British Columbia to compete for the World Championships. 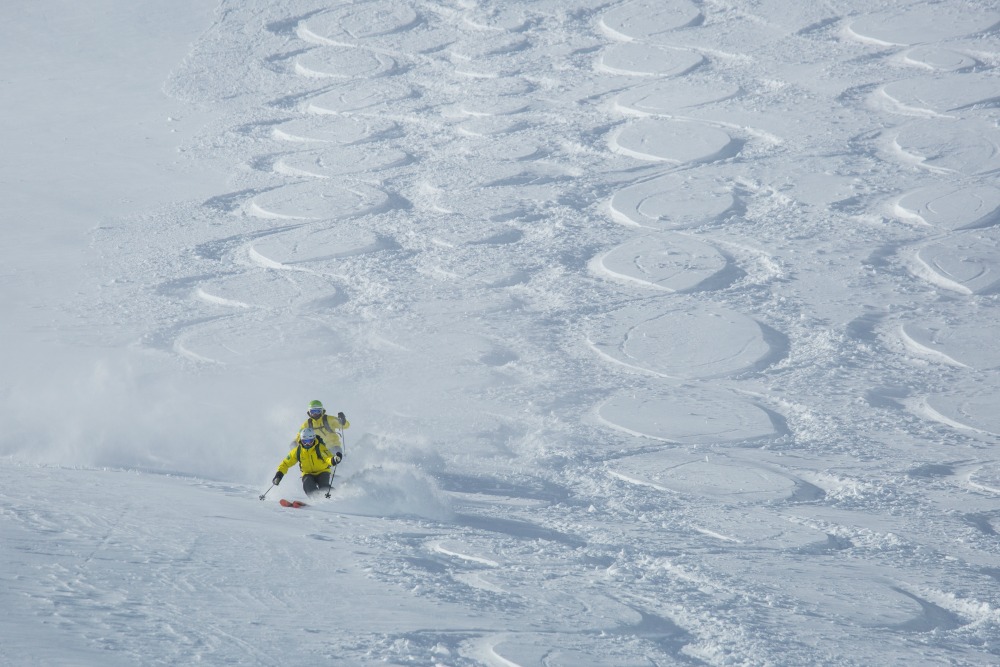 With the turn of another century came a change in skiing and the Powder 8s Grand Nationals fizzled out. The year was 2001. Jackson Hole Mountain Resort (JHMR) had recently opened its backcountry gates, and fat skis were taking over the scene. With easy out-of-bounds access and improvements in equipment, backcountry skiing took on a new attitude. Gone were the days of wiggling around in deep powder—skiers were utilizing the new technology to surf powder and launch cliffs at speeds unfathomable a decade prior. New tricks were being invented almost daily and a skier’s ability to take off, land, and ski backwards offered an entirely new way to get down. The top athletes were taking the sport to new heights, and everyone was trying to get as rad as possible whenever they clicked into their skis.

Skiing once again had a new “wow” factor and major events like the X Games and various big mountain competitions flourished. With pro skiers laying it all on the line to show what was possible on a pair of skis, the public shifted its attention to the thrills and spills of “freeskiing,” pushing the relatively tame Powder 8s competitions quietly into the shadows, and the Jackson Hole event disappeared altogether.

Over the next 15 years, the level of skiing literally took off, and with this progression came carnage, as skiing lost too many of its heroes and friends. While skiers and boarders will continue to push the limits, and skiing at the professional level will always hold an increased element of danger, there has been a recent shift in the ski world to focus back in on the fun of the skiing lifestyle as opposed to the “progression” of the sport. Even with long lift lines and a tracked-up mountain by mid-morning, these days the old “no friends on a powder day” mantra is more often replaced with a round of high-fives with your buds after another awesome run. 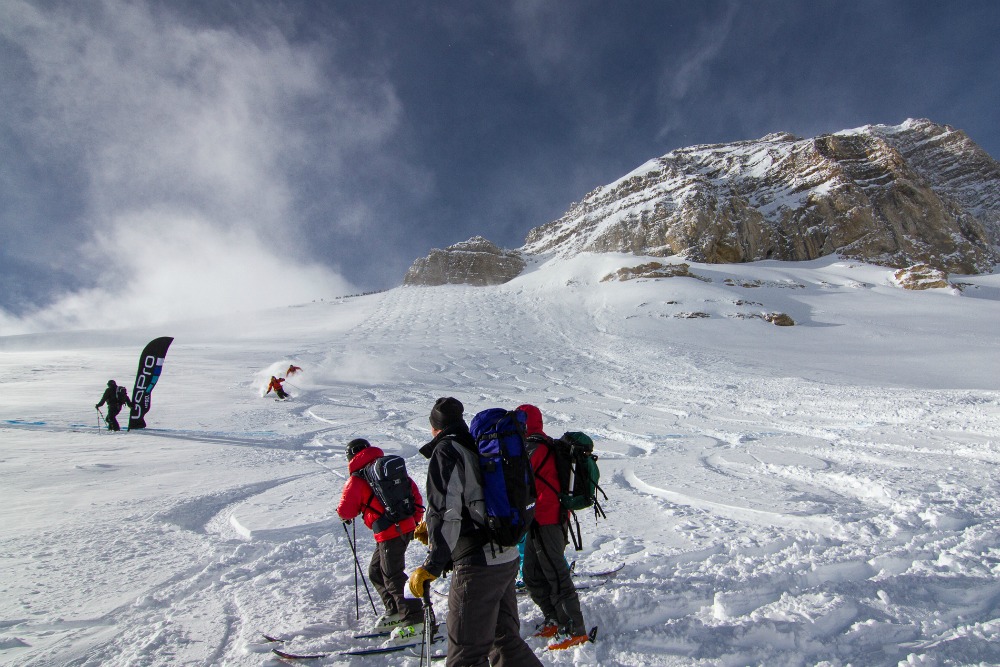 When JHMR began planning their 50th anniversary celebration for the 2015-16 season, they wanted to find unique ways to pay homage to the glory days of their past. With the 2016 resurrection of the Powder 8s Grand Nationals, JHMR was able to bring back a competition that embraces camaraderie and celebrates skiing’s history without athletes having to risk life and limb. With 22 teams of competitors from around the region coming to Wyoming to leave a mark, the weather cooperated and dumped more than a foot of snow on the flanks of Cody Peak in the JHMR backcountry in the days leading up to the event. The notoriously aggro Jackson locals respected the Powder 8s venue and showed the restraint to keep out of Cody Bowl during the storm, and the big day dawned with a pristine venue under partly sunny skies.

Despite the perfect conditions and more than $10,000 up for grabs in the form of prize money from title sponsor GoPro, the chatter amongst the competitors was lighthearted, with plenty of friendly trash talk happening at the top of the bowl. although the Powder 8s had been relegated to the status of “outdated” for the past 15 or so years amongst today’s culture of gnar, people embraced and respected the return of this retro vibe, letting laughter and smiles take the place of jitters and nerves.

Longtime locals Chris Denny and Halsey Hewson, past winners of the Powder 8s Grand Nationals multiple times in the 1990s, were perfect examples of the laid-back atmosphere that characterized the 2016 event. Over the years, Denny and Hewson had fallen out of touch with each other, as Denny was busy traveling for work and Hewson spent most of his days touring solo in Grand Teton National Park. Despite not skiing together for years, Denny and Hewson linked up just before qualifiers for another go and emerged victorious, and then carried that momentum to 3rd place and a $2,000 prize at the Grand Nationals. “Off the couch, quick podium, back to the couch,” is how Denny describes his reunion with Hewson, adding, “It’s harder than you think. Being the one in back, you can’t see so you get in the flow behind your bro for freshies all the way down.”