I found the lightning flashes rather peaceful. Crouched in a ball on an impossibly featureless hillside in Alaska’s Brooks Range, for the first time all trip there was truly nothing to do but think as the electrical storm raged above me. My heavy ski pack was off, I was generally comfortable and, save for the very real threat of being burned to a crisp, my mind was free to wander. I thought about the first two weeks of our trip skiing the headwaters of the Noatak river, then the next two weeks rafting out to the ocean. Mostly I thought long and hard about the series of decisions that lead to me being on the verge of getting flicked off this earth by God’s middle finger.

Drew, my co-conspirator on this adventure, is somewhere several hundred yards away from me (it didn’t make sense for all of us to get struck by lightning). While we came up with the idea of following a snow flake’s journey from mountain peaks to the ocean together, it was Drew alone that bull-dogged the trip from that idea to our current reality. When a ranger we spoke with told us that he’d, “Physically stop us from going on this trip if he could,” Drew heard a challenge. I heard a stern warning. When the ranger elaborated about ice dams in the river, an extremely unpredictable snowpack and no shortage of grizzly bears I thought how hard I try to avoid all those things…Drew deduced there would probably be some pretty good fishing.

When we flew out of Coldfoot, Alaska—a dot on a map that might only be there for the sake of filling a blank spot in Northern Alaska—I was teaming with anxiety, Drew with excitement. Our bush pilot Dirk served as an unexpected bridge to our opposing moods, appreciating the difficulty of our trip while reassuring us that we’d prepared the best we could. One might expect a man that makes a living flying in some of the most difficult and remote terrain in the world to have an ego as big as the territory he covered, yet Dirk didn’t have a hint of attitude. Even though he could likely one-up us on every story we told him on the flight to a remote river bank in the central Brooks Range, he listened intently and only came back with stories of his own when asked. His ruggedness didn’t need explaining. Before leaving us on the sandbar just below where we were now huddled, he gave us one more offering of solidarity, “If the shit really hits the fan out here boys you don’t call your parents, you don’t call search and rescue, you don’t call the coast guard, you call me. We’ll ask questions later.”

As the claps of thunder finally moved further away and the rain began in earnest I shouted to see if everyone was still alive. Everyone responded—no need to call Dirk, yet. We made a windbreak for camp and cooked up some cheese quesadillas, far tastier than spaghetti and red sauce, the only other food option that we had for a month in the wilderness.  We’d planned on catching salmon to supplement these two delicacies, but the fast flowing spring runoff had made fishing next to impossible. While a little protein wouldn’t have hurt any of us at this point, it turns out cheese and tortillas taste just fine after a brush with the other side. 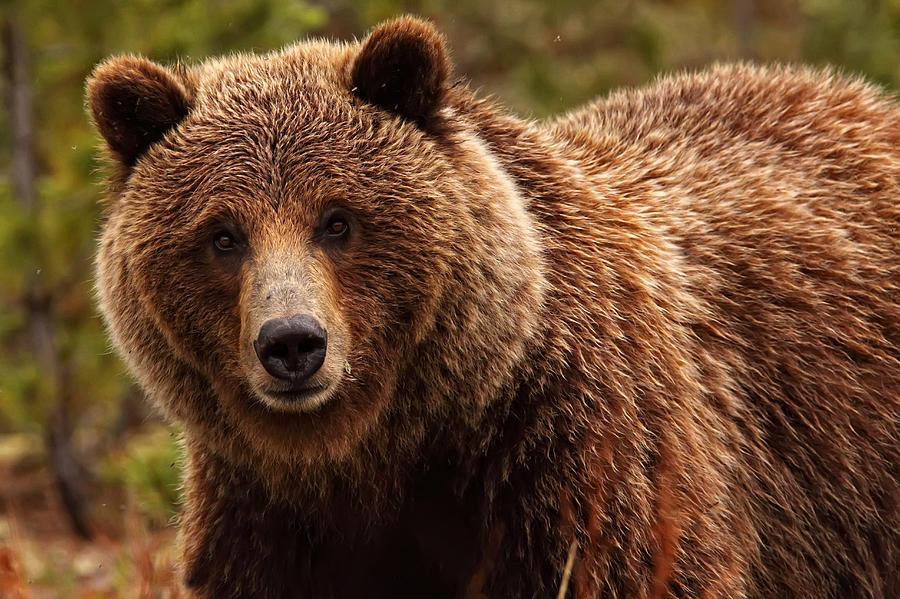 After the lightning, a grizzly bear was the next serious threat to life and limb. While I was always under the impression that I’d wake up out of evolutionary instinct if a several hundred-pound predator was within feet of me, I can now say this is not the case. The bruin worked its way into the vestibule of our tent, helping itself to whatever food scraps we’d carelessly left out and leaving impressive teeth marks in our water bottles. Perhaps we smelled so bad three weeks into the trip that the bear didn’t care to explore further. Whatever the reason the bear lost interest in our tent and moved on to the next tent where Drew was sleeping.

“Bear! Bear! Bear!” was what eventually woke us. Followed by the explanation that this time it was real (scaring each other with false bear alarms is an essential part of Drew and I camping together after all). Armed with bear spray and a likely under-powered handgun I groggily emerged from our tent to the image of Drew chasing after the bear in his underwear, riffle in hand. While I had had some disagreements with my partner in crime over the past several weeks, a guy that will fearlessly chase off a bear—in his underwear—is probably a solid team member. 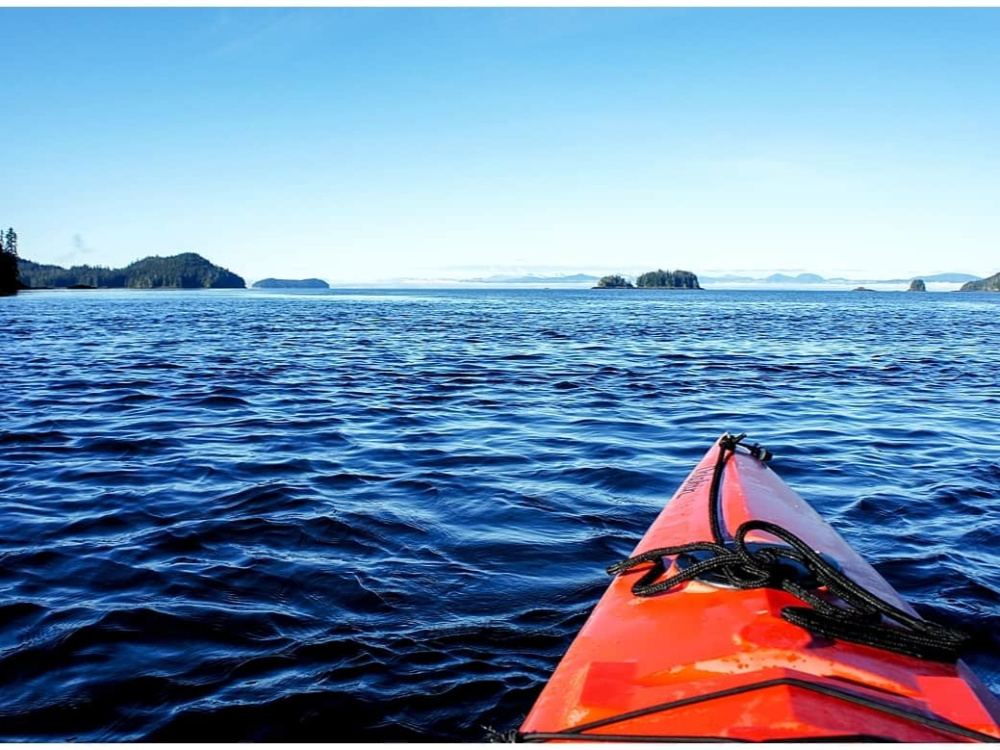 On a trip full of unknowns there was one question mark that stuck out more than others: a six-mile open ocean crossing from the delta of the Noatak to the town of Kotzebue, our final destination. None of us had any open-ocean experience and our 14’ river rafts didn’t seem exactly sea-worthy. While we’d discussed the crossing numerous times throughout the trip, the best plan that we could come up with was to make a satellite phone call to our parents letting them know that if they don’t hear from us in three hours to call the coast guard. Not exactly fool-proof, but a safety net nonetheless.

With the lights of Kotzebue to our backs we started rowing with every ounce of energy we had left. Working in shifts, we pulled on the oars as hard as we could, moving across the salt water sluggishly but steadily, our journey as hitchhikers on earth’s circulatory system complete. Pulling into a small bay and taking off our life jackets for the last time we were greeted by an early morning walker, who couldn’t help but be curious. After explaining our journey, we had one pressing question for him: just where could we get a beer around here. He laughed, before saying, “Nowhere. This is a dry town.”

The flight out was a bit surreal, crammed into a commercial plane after being in the wilderness for nearly a month. Many of the passengers coming off their own adventures, there’s no shortage of stories that people are eager to tell in search of praise and validation for their own ruggedness.

Drew fell into one such conversation, the man next to him droning on and on about a story that he had no interest hearing. Instead of taking the bait and getting into a story-telling pissing-match with his seat mate, Drew simply untied his shoes and aired out his feet. The man quickly became quiet and then moved seats, without Drew having to say a word. I think Dirk would have been proud of Drew’s artfully humble yet overwhelmingly powerful proclamation of ruggedness.