Over the years, Park City has lived up to its many different possibilities—mining town, ski town, and annually, A-Lister central. And to the out-of-towner, this hilled city with its many folds and curves, its layers of living and history, can be a foreign language. But not a language that alienates, rather a language we get seduced by, a language that teases us with nuance and excites us with rhythms. It’s a place to discover.

Historic Park City is at the heart of that discovery. For many, the charm of Old Town is in the momentum to protect and preserve the historic mining character of Park City—a way of preserving authenticity in the midst of ever-evolving modernity. The area, in contrast to the outlying areas, is compact, dense, and layered. Nothing sprawls in Old Town. Look up the hill from Park Avenue, as you head up toward the center of town, and see layer upon layer of houses, many of which have been identified as having either significant or landmark status by the Historic Preservation Board of Park City.

The buildings in Old Town whisper resilience. Many have been beautifully renovated or rebuilt. Still, others are in need of repair; we can look at those as “repositories of possibility.” But we’re not talking about those renovations or those jewels in the rough. Rather we’re talking about a spectacular new-build project in the heart of Old Town. Because there is so little vacant land in the area, completely new construction is a rarity.

But remember, the city is a language and there is nuance and rhythm to that language. A completely new building in the midst of all that historic preservation may feel a little disingenuous or forced. But not with Tom Peek at the helm of the project.

A Park City resident for over 40 years, Peek appreciates the importance of thoughtful development. He says, “Over the years, I guess I’ve built around 14 or 15 properties in the Old Town area, all of them one-offs. A developer interested in scale wouldn’t be interested in building in the Historic District.” Because of the building requirements, Peek explains, “There’s no way to template and build with efficiencies of scale,” so Peek can put his energies into building character. 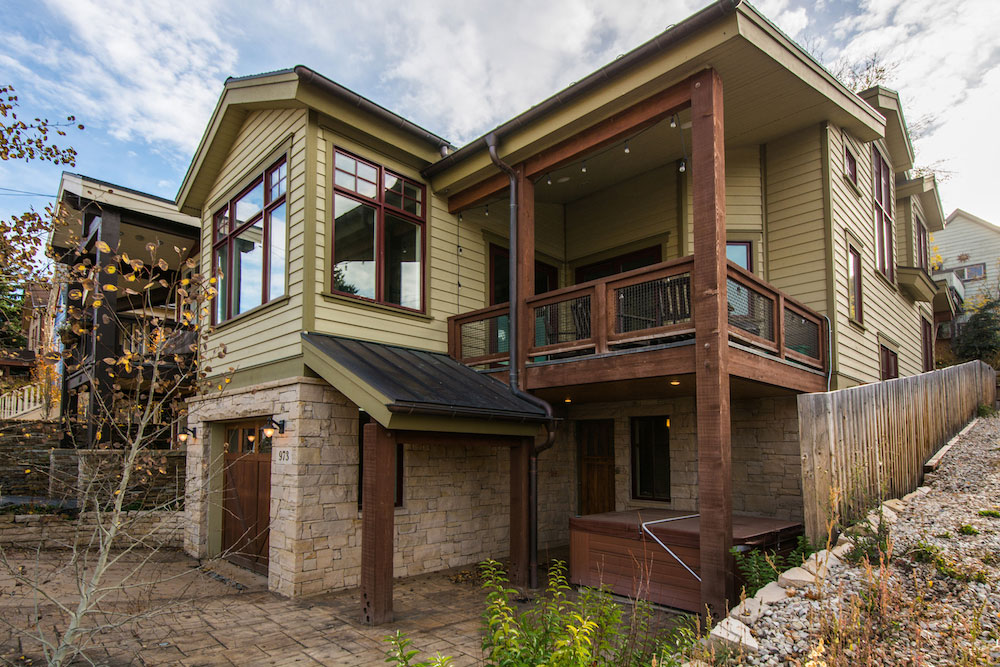 His latest project on Woodside Avenue has character in spades. Designed by Jonathan DeGray, a seasoned Historic District architect with whom Peek often works, the home has four stories with a screening room on the basement level, a guest room on the ground floor, two guest rooms on the main living floor, as well as a spacious and open living, dining, and kitchen area, and a master suite with an office on the top floor. For a small lot, the 3,000-square-foot design seems to create space.

DeGray’s and Peek’s familiarity with the realities of Old Town properties translates into conveniences like an extra-deep garage (40 feet) so that two cars can park one behind the other while still having enough room for toys like skis and bikes. Not impressed? Then you haven’t tried to find parking in the area before!

“It’s hard to find land to do new builds in the Historic District. This land was available,” Peek says, “because a long time ago, the owner was welding in the basement of this very old house and it blew up. All that was left was a concrete slab.” The lot is next to a street that is not plowed in the winters (becoming a de facto sledding hill for the area’s kids), a locational bonus since the home will never have another building right up next to it to the south. Peek and DeGray took advantage of this fact by putting large windows in the stairwell, allowing natural light to flow. 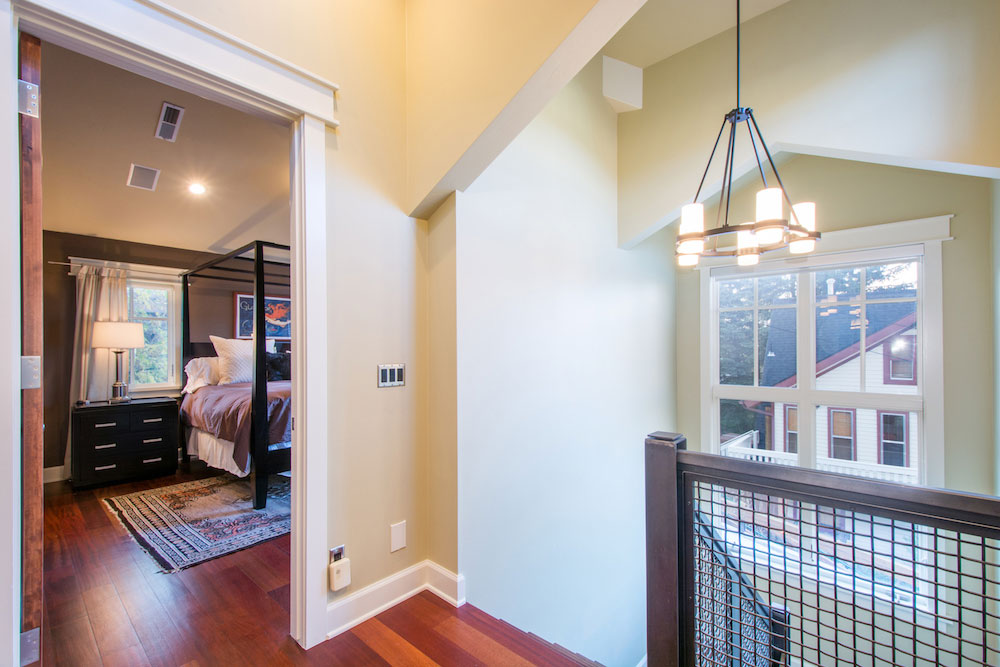 When you land on the main living level, light is one of the first things you notice. With ample high-end windows, the natural light washes the room and you get killer views of the Park City area. 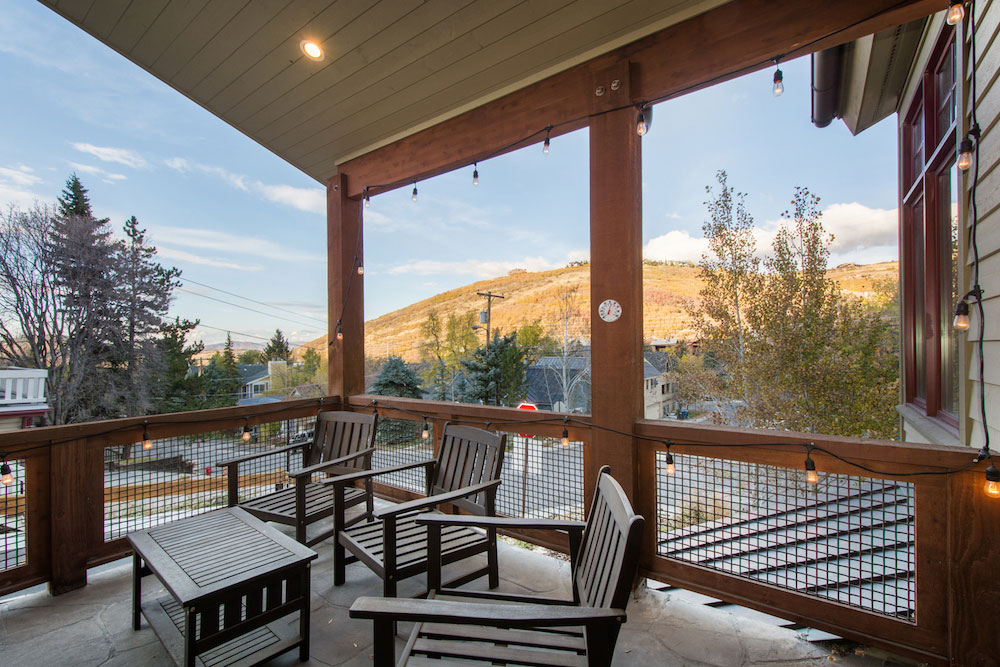 The living area opens onto a compact but comfortable covered deck that is perfect for that après cocktail. Peek spares no expense when it comes to outfitting the kitchen. Top-of-the-line appliances and finishes are the norm for his projects and this kitchen is no exception. The island, topped with black granite, features a narrow, long sink, perfect for vegetable trimmings (or ice for your cocktails if you’re having a party). The kitchen is set up for people who love to cook but don’t want to be isolated from the rest of the goings-on in the home. 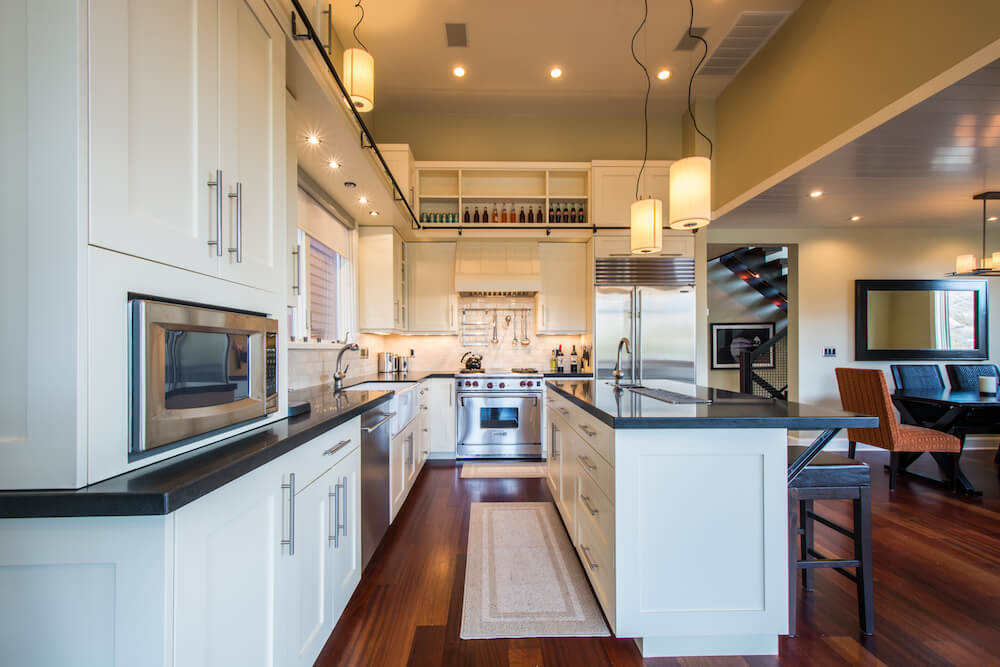 Sheri Russell, a Park City interior designer who owns in studio design, worked closely with Peek on selections to give the home classic details with a modern vibe. The entryway, stairwell, and fireplace utilize brick, an echo of some of the historic homes in the area. Juxtaposed against the brick in the stairwell is a modern steel rail system. The lines throughout are clean and modern, but there is warmth, space, and utility in every part of the home. 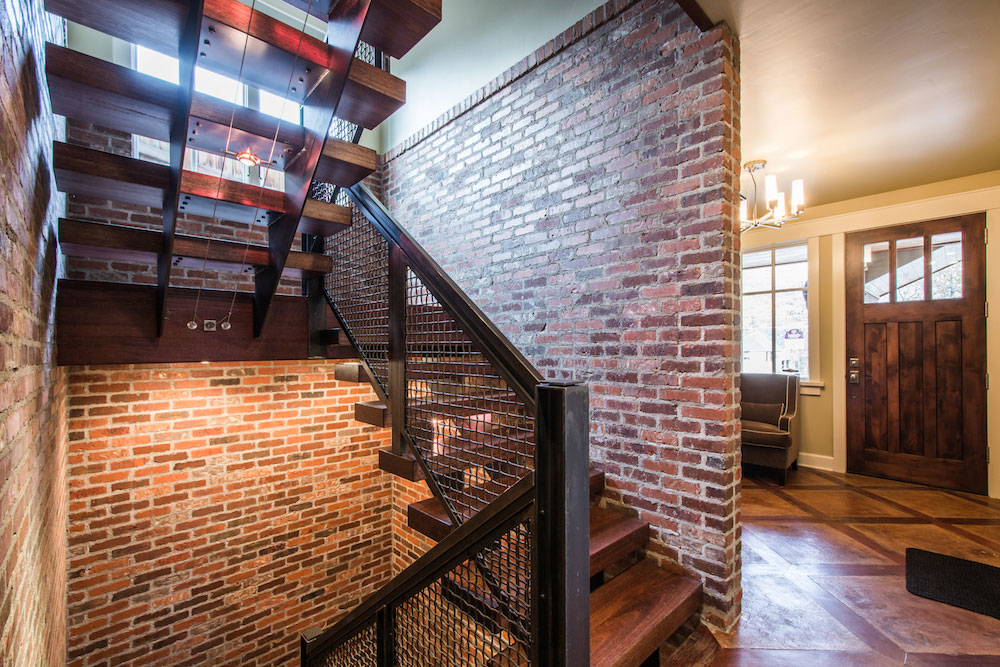 Russell, says Peek, is also experienced with designing with space-saving techniques. Living in Old Town often means vertical living, and Russell can make the most out of spaces with high ceilings, putting, for instance, high shelves in the kitchen with a library ladder on a track to access them. The ladder and track add an industrial feel that elevates the experience. And your eye goes ever upward, just like our eyes do when in the mountains. 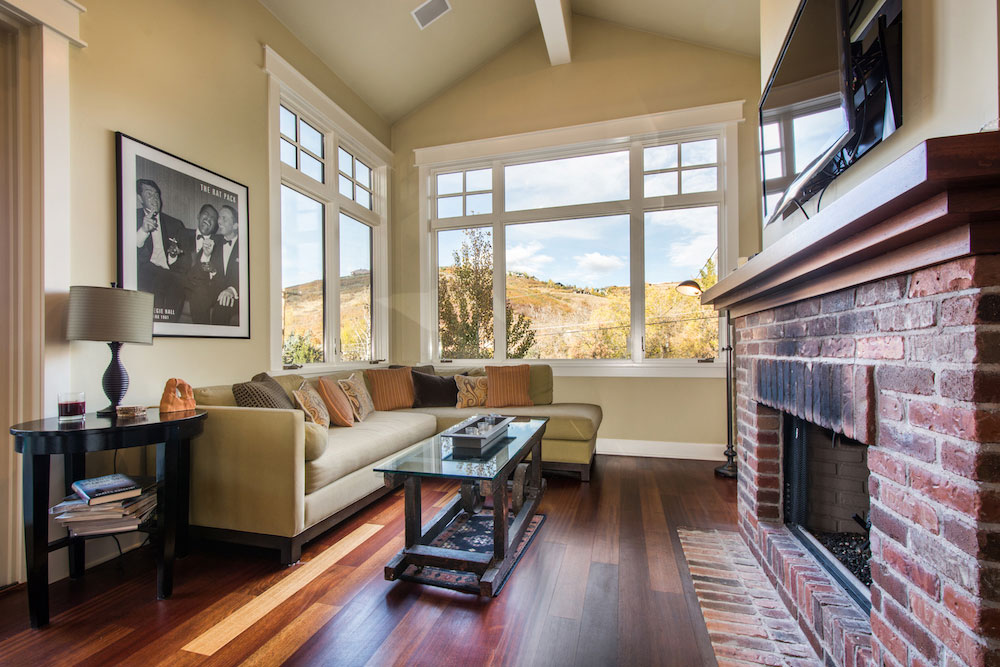 Designing a home in the Historic District means honoring the vernacular of the area. The team that Peek put together with DeGray and Russell excels in that regard. The exterior does not fight against the other homes in the area; rather the natural stone and siding complement the tone of the neighborhood as well as the natural landscape—because no matter the nuances of the city, it’s still set in the midst of the mountains and that is the principal impetus behind all of the possibilities in a place like Park City. 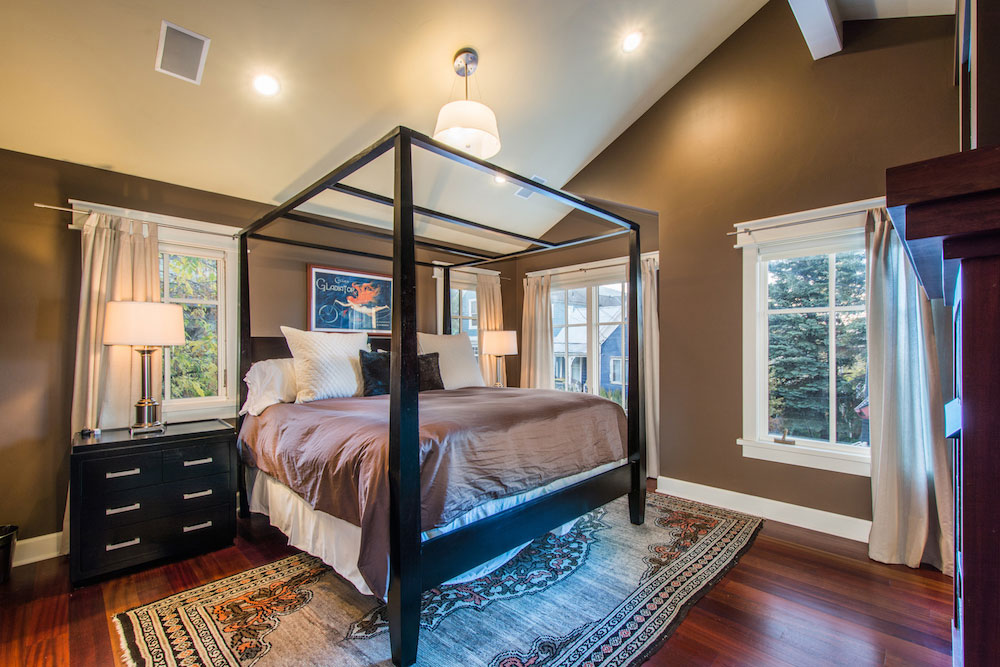 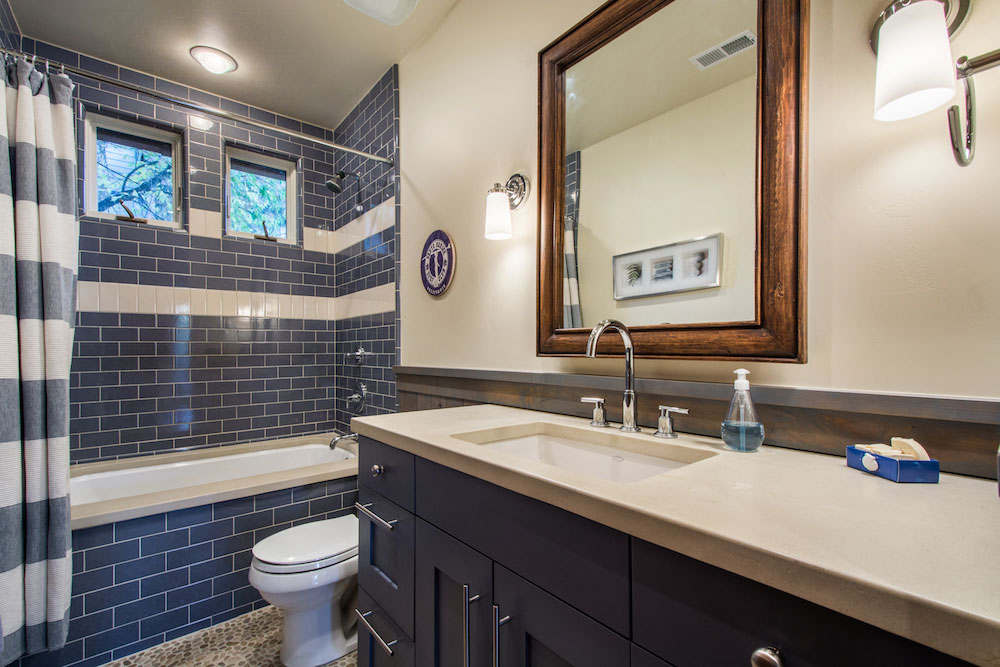 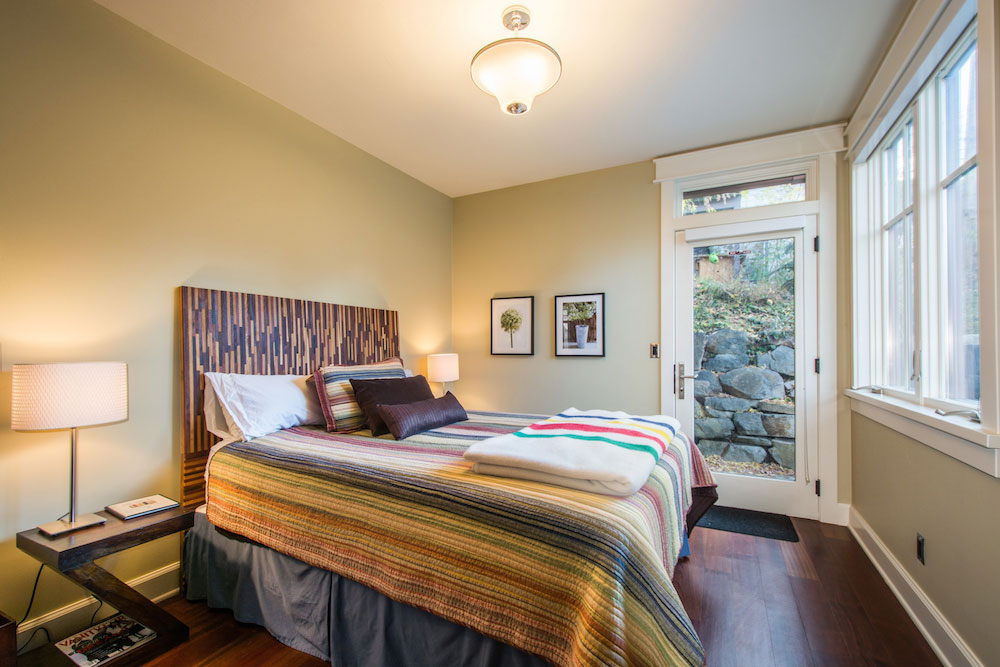 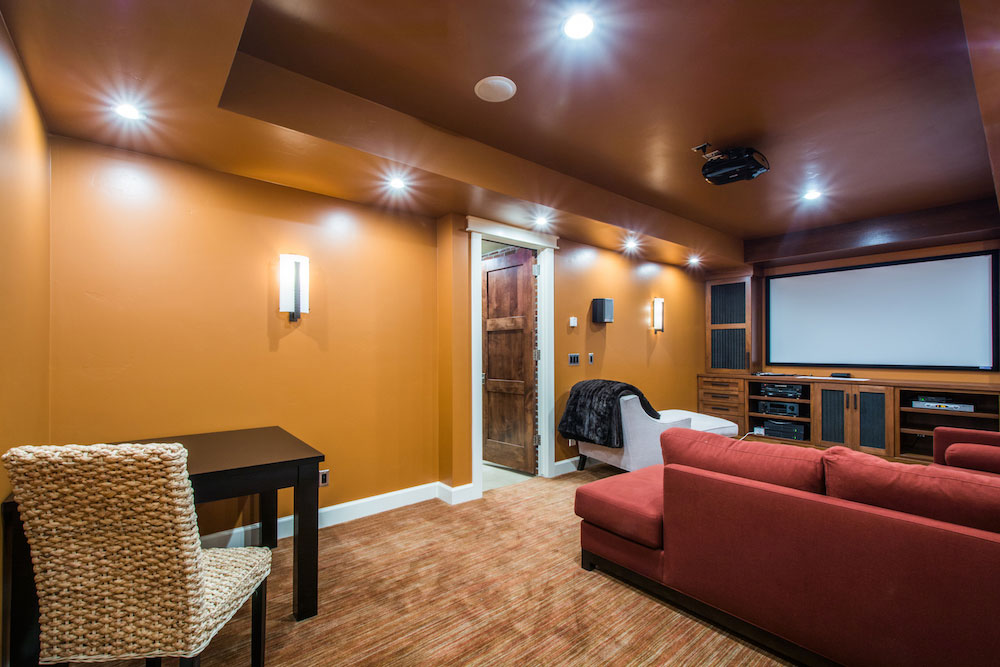 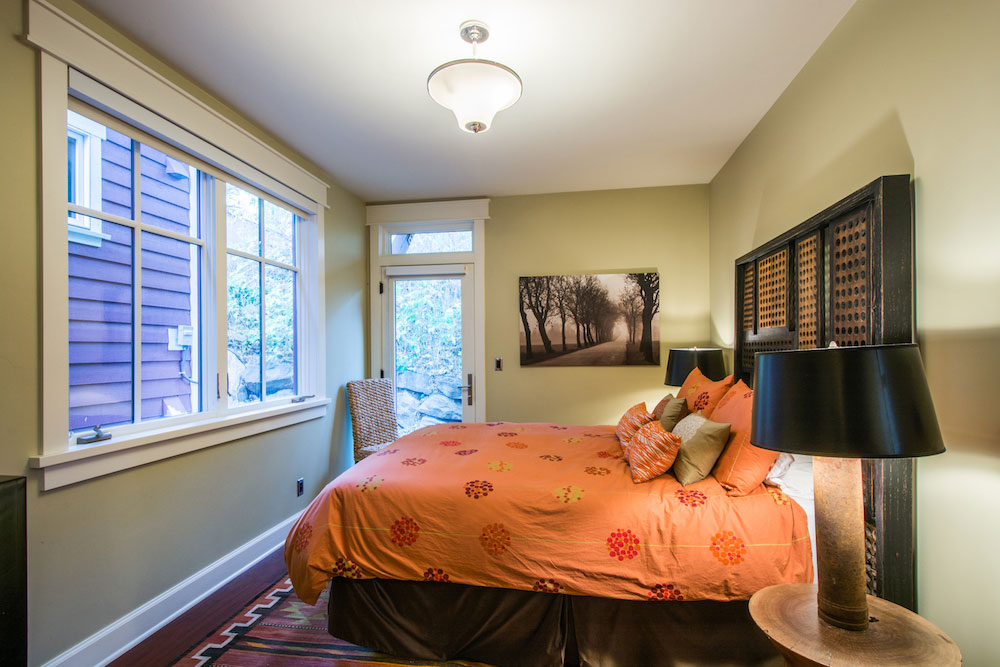 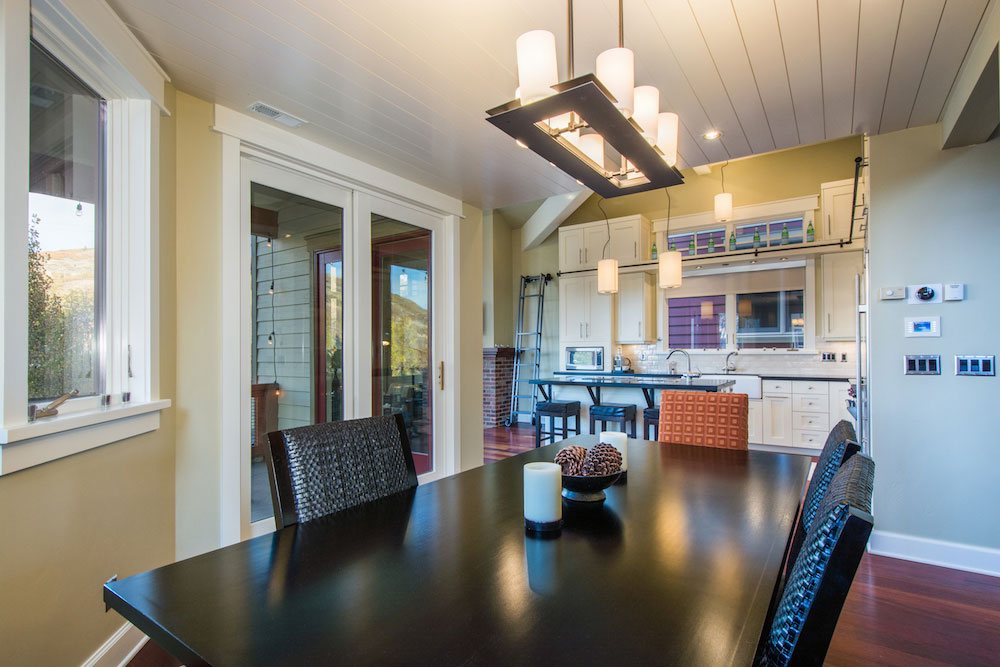 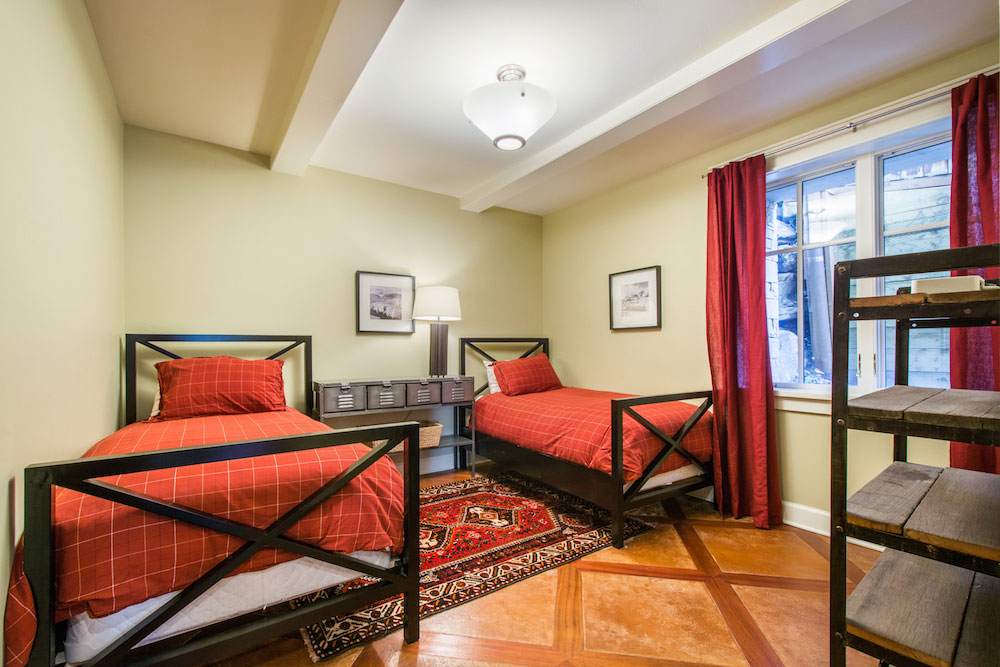