How the Brothers at Romp Skis are Enhancing the Shredding Experience

Going faster but still being in control. Railing turns on the hard-pack without the annoying chatter. Floating effortlessly through deep powder. If these are things that interest you as a skier, Romp Skis are definitely something you should look into. Winning numerous awards including most recently the 2018 Editor’s Choice Award from Backcountry Magazine, these sticks are a certified game-changer.

ROMP was officially started in Crested Butte, Colorado in 2010 by brothers Caleb and Morgan Weinberg. With both having extensive backgrounds in the construction industry, they have always had a love of building things. As Caleb explains, they had been tinkering and fine-tuning things in the garage well before having any business ideas, “Basically, we built eight pairs of skis in the winter of 2009 in Morgan’s garage just for fun. We found some articles online where people were making skis in a garage and they didn’t need a whole factory to do it. With a background in fiberglass and construction, we were able to make skis without really having to buy anything.” After letting friends in ski shops and pro skiers in the area try the skis, they realized that people loved the product. As Caleb jokes, “they were super ugly and they all fell apart but there was enough motivation there for us to decide to start the company.” Fast-forward about a year and they had fine-tuned a saleable product and were open for business.

The custom process of how a pair of Romp Skis is made is interesting in itself. “The way our custom process works is we start with certain shapes that are the outline of the ski,” explains Caleb. “We really believe that those need to be set because they need to be tested. We interview the skier and in most cases it’s not really an interview about the skis, it’s about the skier. The customer doesn’t need to know a bunch of technical aspects about skis. We take care of that for them.” This is where the magic happens. Romp has the ability to make each skier improve aspects of their skillset after receiving this feedback, “For example, take the intermediate skier who’s kind of sliding their turns and they want to be able to really carve them on a groomer. We can tune the ski to help you with that. If you have an issue with your technique that needs a little help we can push you in the right direction.” 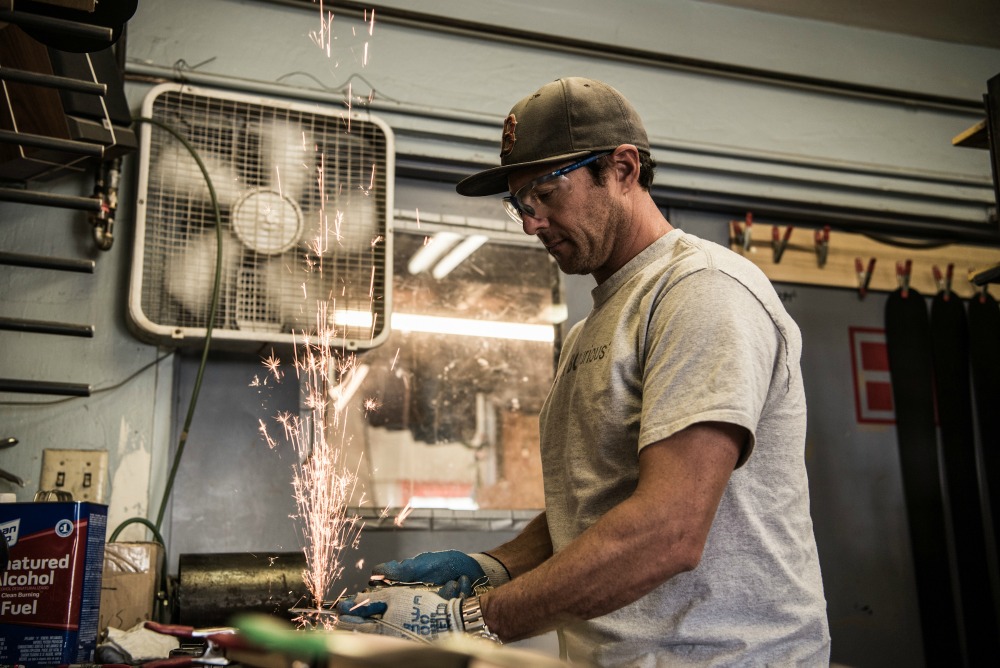 Making specific adjustments to things such as camber, rocker, and flex is the bread and butter of this company. And when it comes to graphics, all levels of customization are available as well. With around 50 different designs to choose from on their website and an in-house designer who will adorn a pair of skis with a fully custom piece of art, all bases are covered. As Caleb tells us, creativity and variation for the graphics is paramount, “We change out 15 or 20 of the graphics on the website every year and try to keep them really varied. There are a lot of options. We also do quite a few custom graphics for people if they have an idea of something they really want to see. People can even use their own graphic designer if they wish.”

Aside from making skis for the general public, Romp has also been working with the U.S. military by building custom skis for the Tenth Group Special Forces. “Basically, we were able to get that contract because our skis work so well for recreational skiers,” explains Caleb. “We custom built the ski for exactly what they needed it to do, which is obviously a little different than recreational skiing. We’re a very small company to be getting a military contract so it was definitely a special thing.” While other brands were taking something off of the rack that was similar to what Special Forces needed, Romp was actually building what they specifically needed from scratch. The difference was key. 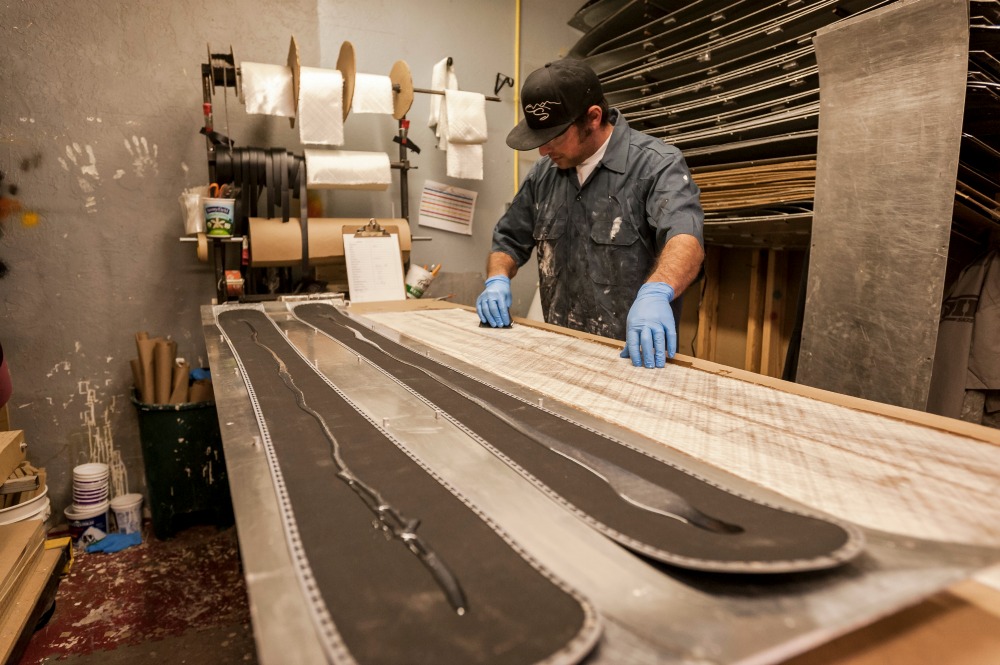 When asked what it’s like being brothers and running a company together, Caleb chuckles, “We get along really well most of the time. We’ve kind of divided jobs both in running the business and hands-on work in the factory so we do pretty well working together.” Refreshing isn’t it? A small, sibling-run ski company in the Rocky Mountains with the slogan “Have More Fun Skiing.” Because custom really is better.

For more, head to rompskis.com