Gavin McClurg is a man obsessed. At 45, his obsessions have changed with the decades. And while some of us may casually pick up a new sport, that is not McClurg’s modus operandi. His M.O. is to live, breathe, eat, drink, sleep, and dream that sport–and to train mercilessly for it.

Raised in Tahoe, McClurg’s first love was ski racing but when knee injuries sidelined him, he took to rock climbing. From rock climbing he graduated to big river kayaking – until a near-death experience motivated him to trade rivers for the sea. McClurg has sailed around the world twice in search of the most remote places to surf and kiteboard, and for a few decades, he has operated a business taking others along with him, Offshore Odysseys. His latest obsession is paragliding, especially paragliding seemingly impossible lines that have earned him (and his paragliding partner for the Canadian Rockies Traverse, Will Gadd) the honor of being National Geographics’s Adventurer of the Year in 2015. Here’s to the obsessions that fuel us.

This summer, McClurg, a Sun Valley, Idaho-based Patagonia athlete ambassador, is off for another career high in July – his second Red Bull X-Alps paragliding race that launches from Salzburg, Austria, and finishes in Monaco. This brutal event covers 1,138km or 708 miles by foot or flight, takes these athletes through seven countries, and up 130,000 vertical feet throughout the event. To put that into perspective for you, that’s like going up Everest four times from sea level in just over a week. Since Red Bull started the event in 2003, on 11 percent of participants have successfully completed the race – all of this is to say that the X-Alps is, without question, one of the toughest adventure races out there. And McClurg is going back for more.

In 2015, McClurg became the first American to finish the epic event. It’s a beast of a competition—think ultramarathon every day for 10 to 12 days across the Alps, often flying through conditions that even seasoned veterans like McClurg call “terrifically dangerous.” Thirty-two athletes are selected from hundreds of applicants, and only a handful finish–anyone in last place at the end of every 48 hours is automatically cut. 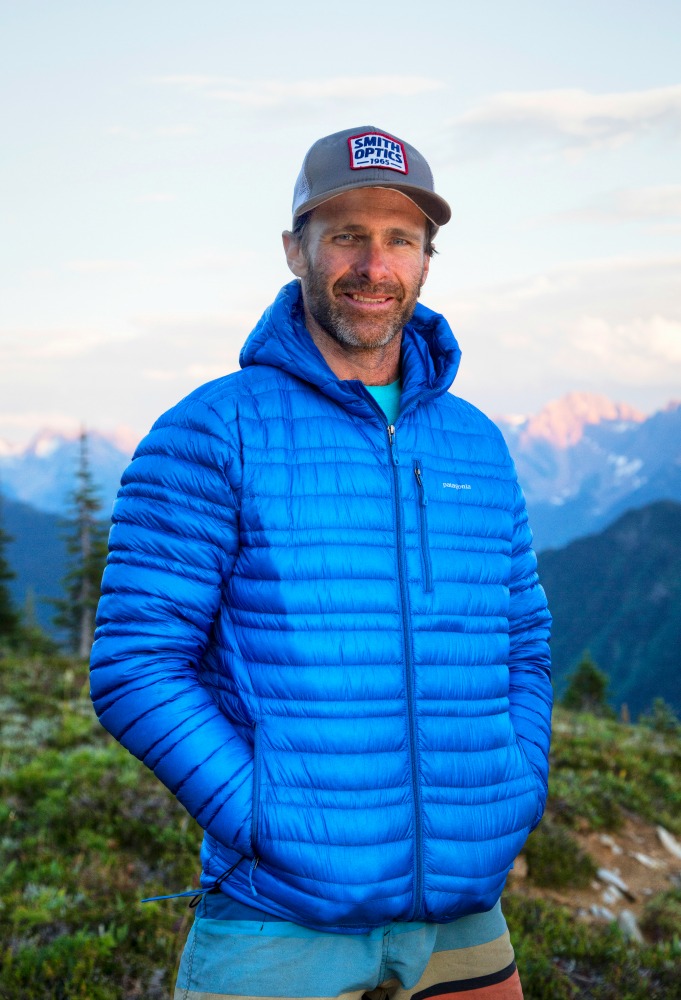 McClurg finished 8th last year in 10 days (the racers must finish in 12). “The key,” says McClurg, “is flying, not hiking. When you have to land and hike, that’s when you’re working your ass off—and that’s when you destroy your feet. Flying, while still intense, is a break.” Spoken like a true pilot who would rather be in the air.

The rest of us, and by that I mean the more Earth-bound and the less masochistic, may not understand what drives McClurg. But if you just give him enough space to tell his stories, you see a theme emerge—and it’s an elemental one. McClurg isn’t one to sit still and wait for life to come to him.

“Since I was a kid, at least according to my mom, there was no question about where I was headed.” His adventures since have been a record of his connectedness to the natural world—to the elemental world. The world of rock, water, and wind. He brings his own fire to the equation. 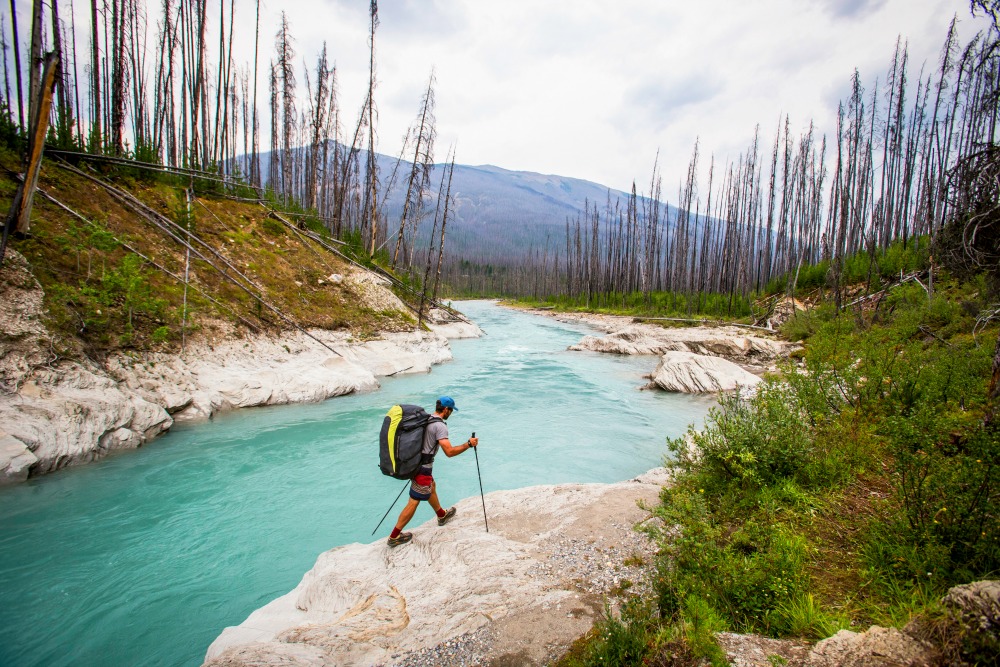 North of Known, the Red Bull film that captures a 37-day, 497-mile trip across the Alaskan Range, opens up with McClurg coming out of the clouds (not something paragliders recommend) with just his wing keeping him aloft at over 11,000 feet (which sounds high…although pilots of his caliber get much higher!). When you see the weather surrounding him and think of the condensation that must be collecting on his wing, you realize just how vulnerable a man with a paragliding wing is in a place like that. At that point in the film, McClurg has just flown by Denali and his scruff is covered in rime ice. He admits to being on the far side of cold. He’s flying into unknown territory with no idea when or where he’s going to land. He is separated from his flying partner and, as always throughout this epic journey, he’s short on food. But he’s flying and he’s flying where no one else has flown before. For McClurg—that’s precisely the point. McClurg is the first to recognize that his way of life is predicated upon selfish endeavors. There’s inherent risk in paragliding, but the sort of flying he does, well, it’s almost courting disaster because it’s more than just getting from point A to point Z.

Yes, he sets his sights on a goal—say, to fly the distance of the Alaskan Range, but then you have to consider that he’s choosing a goal that has a shit storm of potential trouble on the horizon—grizzlies, inclement weather, food shortages, and less-than-ideal hiking conditions.Sure, there is skill, determination, athleticism, intelligence, and grace that go into making that traverse happen. But, as you watch the film, you see that McClurg’s real talent lies in his ability to suffer and still find joy in the doing.

The X-Alps event is known as one of the most intense sufferfests out there. With McClurg’s most famous flying moments—the Alaskan Range traverse, the Canadian Rockies traverse, or the time he set the U.S. Distance Paragliding Foot Launch Record with his 240-mile, 7-hour flight from Bald Mountain in Sun Valley, Idaho, to the edge of Canyon Ferry Lake just outside of Helena, Montana—it was McClurg against history and the elements. With the X-Alps, it’s McClurg against some bad-ass pilot athletes and, of course, the elements.

To prepare for the 2015 race, the first time he’d ever participated in an endurance adventure race of any kind, McClurg enlisted the help of New Mexico-based Ben Abruzzo. A former U.S. Army Infantry Officer, Abruzzo has trained Special Operations candidates, ultra-distance endurance athletes, alpinists, and CrossFit game athletes, but, according to Abruzzo, the fitness required for something like the X-Alps is its own kind of beast. 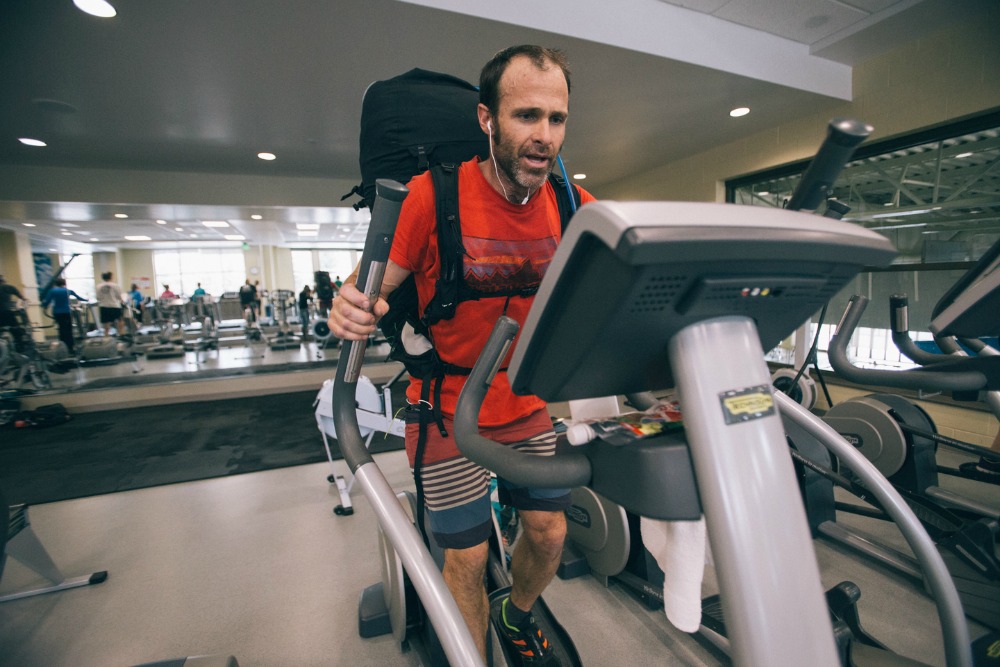 “A 100-mile footrace is hard and it’s one kind of endurance, but what Gavin needed to be able to do is very different,” says Abruzzo. “The vertical gain, plus the weight of the pack…I train a lot of guys to go uphill fast, but not for 10 days in a row.” Abruzzo and McClurg spent nine months and five days training for the first event. For this year’s event, they started on the same day (October 1), but, according to McClurg, “Ben had me on a maintenance program for the year off, so I went into it much more fit than the previous time.”

McClurg is quick to say that he doesn’t do this X-Alps thing alone. His on-the-ground team makes it possible. Bruce Marks “is in charge of my air game, is my weather guru, and knows the Alps intimately; we’re in constant communication” says McClurg. “And Ben is my mule—he will carry all the non-essential gear that isn’t required by race rules. He also figures out my on-the-ground navigation. After about three days, I can’t think straight. I just put my head down and go hard. Every time I look up, there’s Ben or Bruce with a protein shake, a smile, and a kick in the ass.”

When McClurg describes the intensity of the X-Alps race—the physical demands as well as the psychological and intellectual—I ask him the questions that he’s been asked a thousand times before: “Why? What drives you?” He stops for a minute, a break in an otherwise easy flow of conversation, and says, “I wish I had a better answer to those questions. But I think it comes down to this: so many people look at adventure through the lens of the end result. They can be out on some epic hike or climb or trip and think only about finishing. For me, it’s not about where I end up, it’s about being there, in the moment, doing the thing I set out to do.”

In his kayaking and climbing days, McClurg sought out the most challenging rivers and the hardest climbs. The sports have changed, but McClurg’s mindset hasn’t. In North of Known, when it looks like the trip is in jeopardy due to inclement weather, tight schedules, lack of food, and any number of other sensible reasons to pull the plug, McClurg’s eye was definitely on the prize. He wanted to finish the trip, even if he had to do it alone, without his flying partner and without the Red Bull film crew…and he did, 10 more days solo—in and above the Alaskan wilderness—in order to finish. 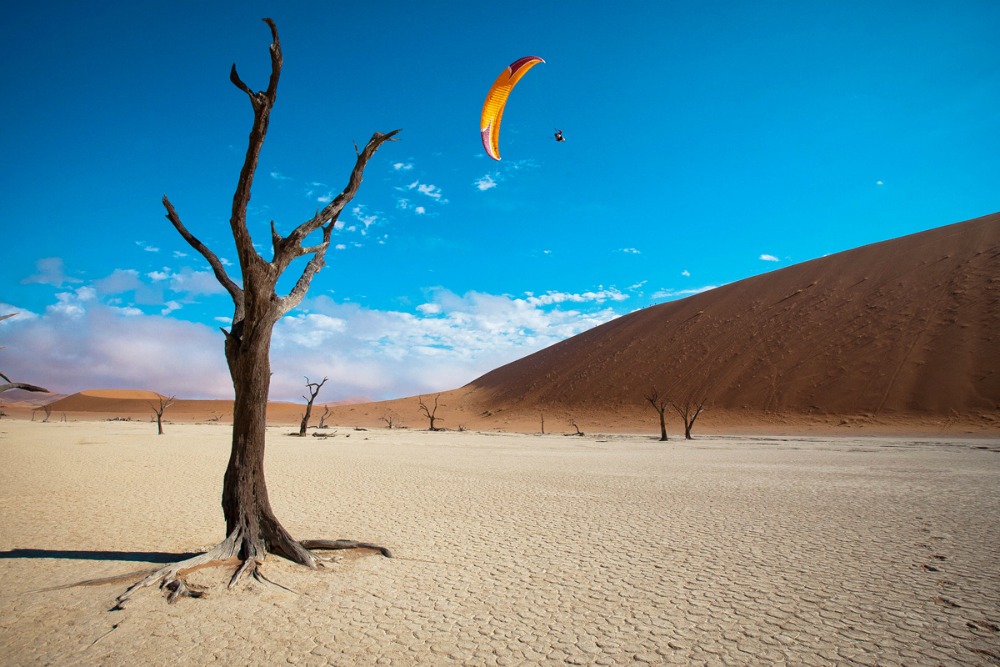 So, yeah, it’s about the notch on the belt. But beyond that, it’s about 10 more days of going after something bigger than yourself. It’s about what you see in those moments of solitude surrounded by huge mountains and rugged wilderness. It’s about finding the right place to launch and the right thermals (which, when there’s snow everywhere or when the rain doesn’t let up for days and the sun doesn’t peek from behind the clouds, is hard to do). For McClurg, this quest is about reading the wind like he used to read the rock and the water. And ultimately, it’s about knowing who you are and what kind of fire is inside you–elemental questions that McClurg seeks answers to in the face of the most unwavering elements.

FOLLOW MCCLURG ON HIS QUEST TO WIN THE X-ALPS: redbullxalps.com

TO READ MORE ABOUT MCCLURG’S ADVENTURES, CHECK OUT HIS WEBSITE FOR ARTICLES, PODCASTS, AND MORE: cloudbasemayhem.com