“The IPA genre has been completely blown out and has stagnated.” Yep, we’ve heard variations of this many times over the past several years or more. And we thought we were in agreement with this general consensus among craft beer enthusiasts and industry insiders. For a long while now, the de-facto contemporary trend for craft India Pale Ales seems to be all about going as hoppy or as hazy—or both—as much as possible. There seems to be very little popular concern for creating an IPA with just the right balance of hop bitterness, hop fruit flavors, maltiness, etc. But within this trend-bucking approach, throw in the some of the finest ingredients in the entire world and bam: if you’re an IPA enthusiast you might just find yourself hypnotized or even hopnotized by a brew that truly knocks all the boxes out of the park. After being hard at work (gratuitous sarcasm) on a taste test, we can safely say that Firestone Walker’s Hopnosis IPA could very well land itself in this coveted category.

The Hopnosis IPA is the culmination of a 15-year quest to master the West Coast IPA style. Brewed with Mosaic Cryo Hops®, this is definitely a seamless, aromatic, and explosively tropical IPA. “Hopnosis represents everything we’ve learned about hopping techniques over the years, all rolled into one beer,” opines Brewmaster Matt Brynildson. “This is our ultimate new-school expression of the West Coast IPA.” 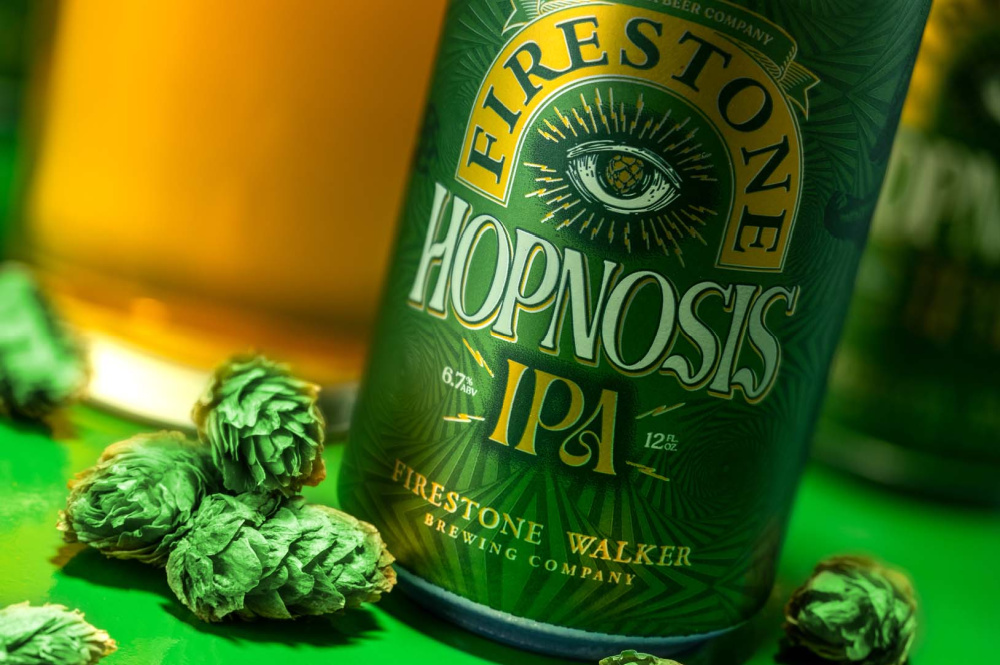 The Firestone Walker brewing team has developed an arsenal of favorite new-age hops for IPA—all of which are featured in Hopnosis. These include hops from New Zealand and the Pacific Northwest, with a focus on Mosaic Cryo Hops® pellets as well as Idaho 7 and Nelson.

Cryo Hops® are made by collecting the concentrated lupulin from whole-leaf hops, which contains the pure resins for bitterness and aromatic oils. “Mosaic Cryo Hops® are the centerpiece of Hopnosis,” Brynildson says. “They provide intense hop aroma and flavor with incredible integration, enabling us to make a hop-forward beer that is low in bitterness, super smooth and delicious.”

Hopnosis is extravagantly double dry hopped, with nearly five pounds of hops used for every barrel brewed. The resulting beer is loaded with hop-derived flavors of mango, passionfruit, white grape and lychee. The ABV of Hopnosis is 6.7 percent, providing an excellent balance of flavor and texture. 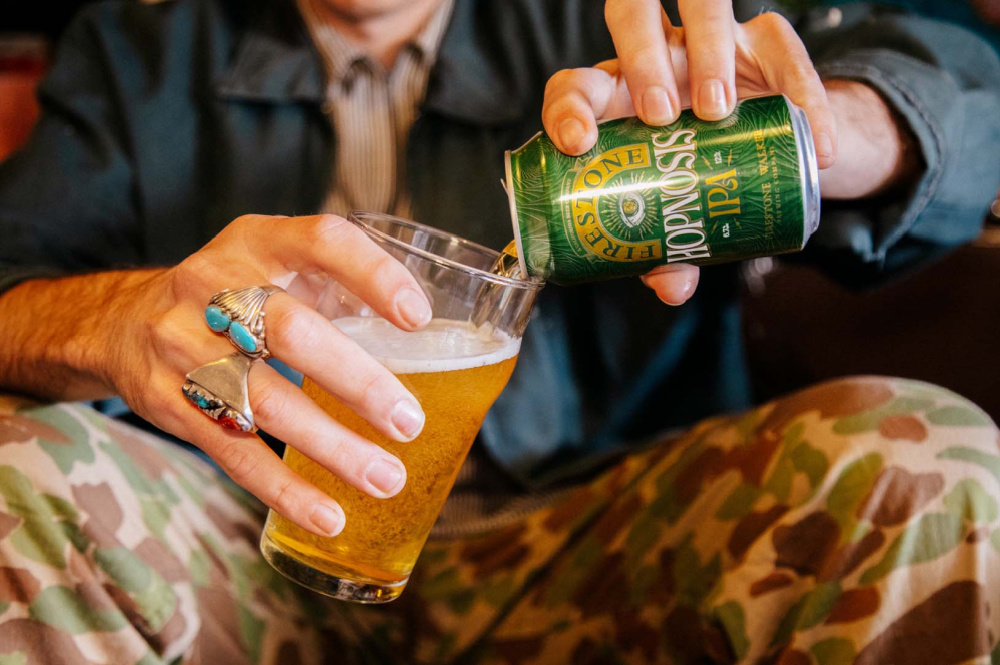 These experiences have yielded a variety of hop integration techniques that Brynildson and his team brought to bear in creating Hopnosis.

“This is where the West Coast style is headed,” Brynildson concludes. “Aromatic hops and new hopping techniques are driving the future. On top of that, Cryo Hops® are opening up fresh possibilities. Now you can get all of the ‘oomph’ of hop saturation that you want from a West Coast IPA, but with less of that classic bitterness, more of these new-age hop flavors, and a whole new level of balance and drinkability.”