Calling all film fans far and wide to a little place called Aspen. Aspen Film is proud to announce the program for its 43rd Annual Filmfest, which will showcase top filmmaking from across the globe over six days: September 27 – October 2, 2022. With only 16 films invited, this non-competitive festival will present highly anticipated, buzzy fall titles coming off of some of the biggest film festivals around the world such as SXSW, Cannes, Venice, Telluride, Toronto, and New York. This year’s festival takes place at Aspen’s Wheeler Opera House and Isis Theatre and at the Crystal Theatre in Carbondale.

As a special tribute, Aspen Film will present a free screening of the classic film, THE POSTMAN ALWAYS RINGS TWICE, directed by and in celebration of the late Bob Rafelson who passed away on July 23. Rafelson received the first-ever Aspen Film ‘Independent by Nature’ award in 1999 and was then presented with a “Lifetime Achievement Award” 20 years later at Aspen Film’s 40th Anniversary in 2019.

All other films shown will be regional premieres. The Opening Night film GOOD NIGHT OPPY is a pure delight, and one that is suitable for all ages. LOUIS ARMSTRONG’S BLACK + BLUES on the legendary jazz musician, is not to be missed in the lineup. It premieres at the upcoming Toronto International Film Festival. BAD AXE is a double SXSW winner and has accumulated several Audience Awards. Hirokazu Koreeda’s BROKER boasts the Ecumenical Jury Prize as well as the Best Actor award for lead Song Kang-ho out of the 2022 Cannes Film Festival. AFTERSUN and GOD’S COUNTRY both star Paul Mescal and premiered at the 2022 Cannes Film Festival, where AFTERSUN received a jury prize. Voted Best Director at the Cannes Film Festival in 2022, Park Chan-wook’s DECISION TO LEAVE is a highly acclaimed, taut romantic thriller. EMPIRE OF LIGHT is also set to premiere at the upcoming Toronto Film Festival, where director Sam Mendes will receive the TIFF Ebert Directing Award. The film stars Olivia Colman, and Micheal Ward, with Toby Jones and Colin Firth, and features music from Trent Reznor and Atticus Ross. THE BANSHEES OF INISHERIN, directed by Martin McDonagh, is his subsequent film coming off of his two-time Oscar-winning THREE BILLBOARDS OUTSIDE EBBING, MISSOURI. BANSHEES stars Colin Farrell, Kerry Condon, and Brendan Gleeson. CLOSE, directed by Lukas Dhont, was awarded the Grand Prix at the 2022 Cannes Film Festival this past May, which is the second highest Jury prize.

“We are incredibly proud to announce such a diverse and impactful lineup for our 43rd Filmfest,” says Aspen Film Executive + Artistic Director, Susan Wrubel. “These films embrace and celebrate family, friendship, loyalty, and equality – all of which are important themes to Aspen Film as an organization.”

GOOD NIGHT OPPY tells the inspirational true story of Opportunity, a rover that was sent to Mars for a 90-day mission but ended up surviving for 15 years. The film follows Opportunity’s groundbreaking journey on Mars and the remarkable bond forged between a robot and her humans millions of miles away. (US, 2022) 105 MIN

A real-time portrait of 2020 unfolds as an Asian-Mexican American family in Trump’s rural America fights to keep their restaurant and American dream alive in the face of a pandemic, Neo-Nazis, and generational scars from the Killing Fields. (US, 2022) 100 MIN

Never-before-heard personal recordings and archival footage tell the story of Louis Armstrong’s life from his perspective. From musical phenom to civil rights activist to world-renowned artist, this illuminating film shows sides of Armstrong few have seen. (US, 2022) 104 MIN

At a fading vacation resort, 11-year-old Sophie treasures rare times together with her loving and idealistic father, Calum (Paul Mescal). As a world of adolescence creeps into view, beyond her eye Calum struggles under the weight of life outside of fatherhood. Twenty years later, Sophie’s tender recollections of their last holiday become a powerful and heartrending portrait of their relationship, as she tries to reconcile the father she knew with the man she didn’t, in Charlotte Wells’ superb and searingly emotional debut film. (UK, 2022) 99 MIN

One rainy night, a baby is left at the baby box facility; Sang-hyun and Dong-soo secretly take it home. The next day, the young mother, So-young, unexpectedly returns, looking for her baby. The two men explain that they took the baby to find suitable parents willing to adopt him. Desperate, with nowhere left to go, she decides to join their mission to find new parents for her boy. This group of people, brought together by a baby box, sets off on a journey that will lead to destinations they never expected. (SOUTH KOREA, 2022) 129 MIN

Back from the war in Afghanistan, a young British soldier struggling with depression and PTSD finds a second chance in the Amazon rainforest when he meets an American scientist, and together they foster an orphaned baby ocelot. (UK, 2022) 105 MIN

The sensuous wife of a lunch wagon proprietor and a rootless drifter begin a sordidly steamy affair and conspires to murder her Greek husband. (US, 1981) 122 MIN

PARIS 1941. François Mercier is an ordinary man whose only goal is to start a family with Blanche, the woman he loves. François works for Mr. Haffmann, a talented Jewish jeweler. Under the German occupation, the employer and employee are forced to strike a deal which, over the following months, will upend the fate of all concerned. (FRANCE/BELGIUM, 2021) 115 MIN

What happens when an object of suspicion becomes a case of obsession? Winner of Cannes Best Director in 2022, Park Chan-wook (Oldboy, The Handmaiden) returns with a seductive romantic thriller that takes his renowned stylistic flair to dizzying new heights. When detective Hae-joon (Park Hae-il) arrives at a murder scene, he begins to suspect the dead man’s wife Seo-rae (Tang Wei) may know more than she initially lets on. But as he digs deeper into the investigation, Hae-joon finds himself trapped in a web of deception and desire, proving that the darkest mysteries lurk inside the human heart. (SOUTH KOREA, 2022) 138 MIN

“All I owned was my camera, leopard coat, rifle, and a grenade in case I’m captured…” says Faye Schulman, one of over 25,000 Jewish partisans, who fought back against the Nazis and their collaborators from deep within the forests of WWII’s Eastern Europe, Ukraine and Belarus. Shattering the myth of Jewish passivity, the last surviving partisans tell their stories of resistance, revealing a stunning narrative of heroism and resilience. (US, 2022) 99MIN

Set in an English seaside town in the early 1980s, EMPIRE OF LIGHT is a powerful and poignant story about human connection and the magic of cinema, by Academy Award®-winning director Sam Mendes. (US/UK, 2022) 114 MIN

In a windswept fishing village, a mother is torn between protecting her beloved son and her own sense of right and wrong. A lie she tells for him rips apart their family and close-knit community in this tense, sweepingly emotional epic. (IRELAND, 2022) 100 MIN

THE BANSHEES OF INISHERIN

Set on a remote island off the west coast of Ireland, THE BANSHEES OF INISHERIN follows lifelong friends Pádraic (Colin Farrell) and Colm (Brendan Gleeson), who find themselves at an impasse when Colm unexpectedly puts an end to their friendship. A stunned Pádraic, aided by his sister Siobhan (Kerry Condon) and troubled young islander Dominic (Barry Keoghan), endeavors to repair the relationship, refusing to take no for an answer. But Pádraic’s repeated efforts only strengthen his former friend’s resolve and when Colm delivers a desperate ultimatum, events swiftly escalate, with shocking consequences. (US/UK/IRELAND, 2022) 114MIN

Leo and Remi are two thirteen-year-old best friends, whose seemingly unbreakable bond is suddenly, tragically torn apart. Winner of the Grand Jury Prize at the Cannes Film Festival, Lukas Dhont’s second film is an emotionally transformative and unforgettable portrait of the intersection of friendship and love, identity and independence, and heartbreak and healing. (BELGIUM/FRANCE/NETHERLANDS, 2022) 104MIN

We’re excited to present a highly anticipated surprise film, coming off of its World Premiere. More details to come… 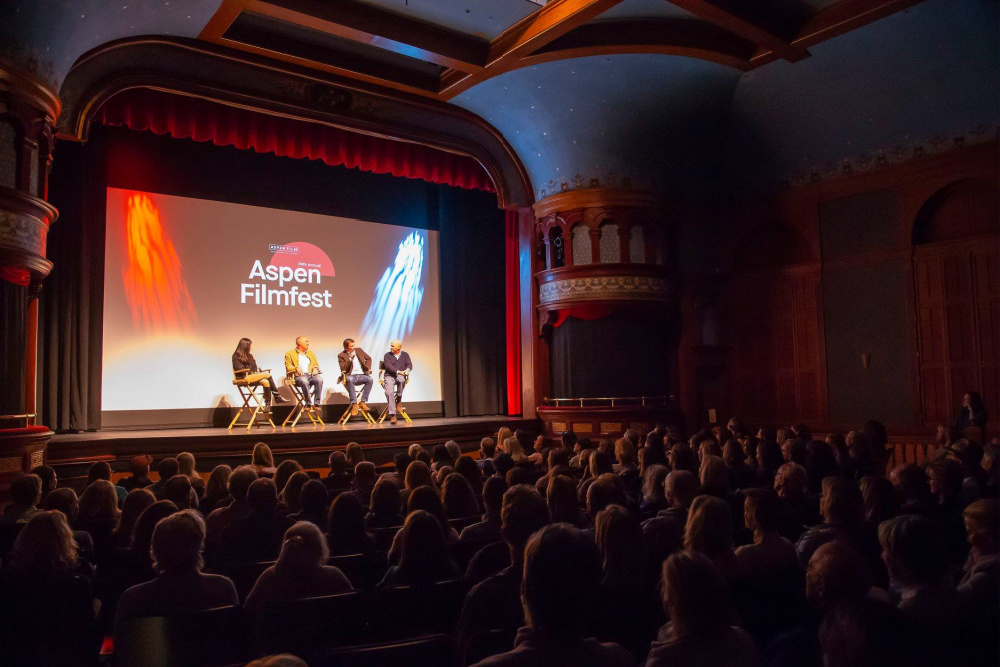 SINGLE TICKETS: ALL* OTHER SHOWTIMES

*Single tickets to THE POSTMAN ALWAYS RINGS TWICE are FREE + must be reserved in advance via aspenshowtix.com or picked up at the Wheeler Opera House Box Office

Passes are on sale now at https://donorbox.org/filmfest-2022-passes. A $350 pass gives you full access to all films at Filmfest.

Aspen Film memberships can be purchased at aspenfilm.org/membership 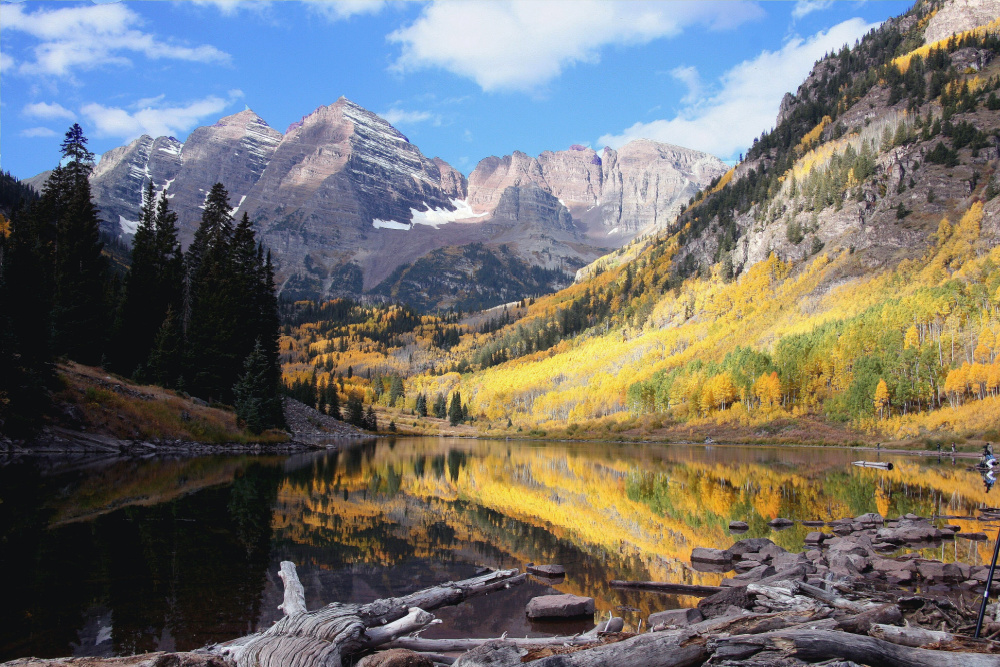 Established in 1979, Aspen Film is one of Colorado’s most active film arts organizations, presenting dynamic programs and featured guest artists throughout the year. Internationally recognized, Aspen Film organizes a major film event in every season, along with an extensive education program: Aspen Filmfest (September 27 – October 2, 2022), Academy Screenings (December 19 – 23, 2022), Aspen Shortsfest (April 10 -15, 2023), Summer of Cinema, and FilmEducates. With a mission to enlighten, enrich, educate, and entertain throughthe medium of film, Aspen Film stimulates thought, encourages dialogue, and broadens understanding of our world and selves through the diverse spectrum of ideas presented by filmmakers worldwide. Aspen Shortsfest was voted one of the top 25 Coolest Film Festivals in the World 2022 by Moviemaker Magazine.