Jackson Hole held the first Grand National Powder 8s competition in 1975. That same year, torsion box ski construction (also known as fat tips and tails) was patented, revolutionizing the way that we ski. More notably, torsion box revolutionized the way that we ski powder. Within a year, the ecstasy of powder skiing was illegally sought out-of-bounds across the nation, making the Grand National Powder 8s competition the epicenter of legendary heroes.

In 1979, Sun Valley local Mike Lloyd became one of those heroes by earning a spot at the Grand Nationals. He competed a total of four times, placing 13th, 11th and 5th (and getting disqualified in another competition). When they first qualified through a local race, he and his ski partner Jerry Hoadley had no idea what to expect at Cody Bowl. What they encountered would make memories that lasted a lifetime.

“We were coming from patrol at Sun Valley, so I remember being initially astounded by them shooting Cody Bowl with a 75 howitzer with portable artillery from across Rendezvous Bowl,” says Lloyd, reflecting on the Powder 8 moment he will never forget. “Because at the time we were in the outlawed out-of-bounds, it was the most exciting thing to watch them do the control work.”

The next day, after the bowl had been cleared as safe, Lloyd describes the excitement that filled the area as athletes prepared for competition. He summed up the experience in four words: “Adrenaline. Hike up. Ski. Party.” 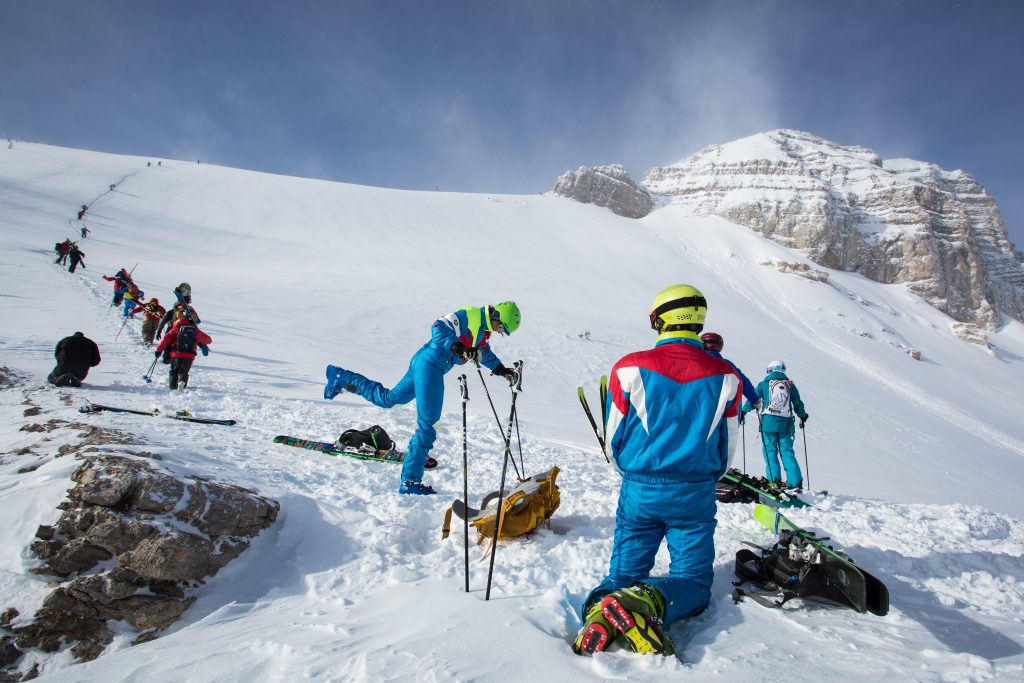 Lloyd remembers standing at the bottom of Cody Bowl watching as other teams prepared for their lines. Teams from all over the country had traveled to compete, most of whom were friends from the inner patrol community in Jackson, Aspen and a handful of other mountain towns. Being out-of-bounds was the start of the thrill, but after weeks of training and preparing, Lloyd and Hoadley had fire in their bellies as it became time to climb. 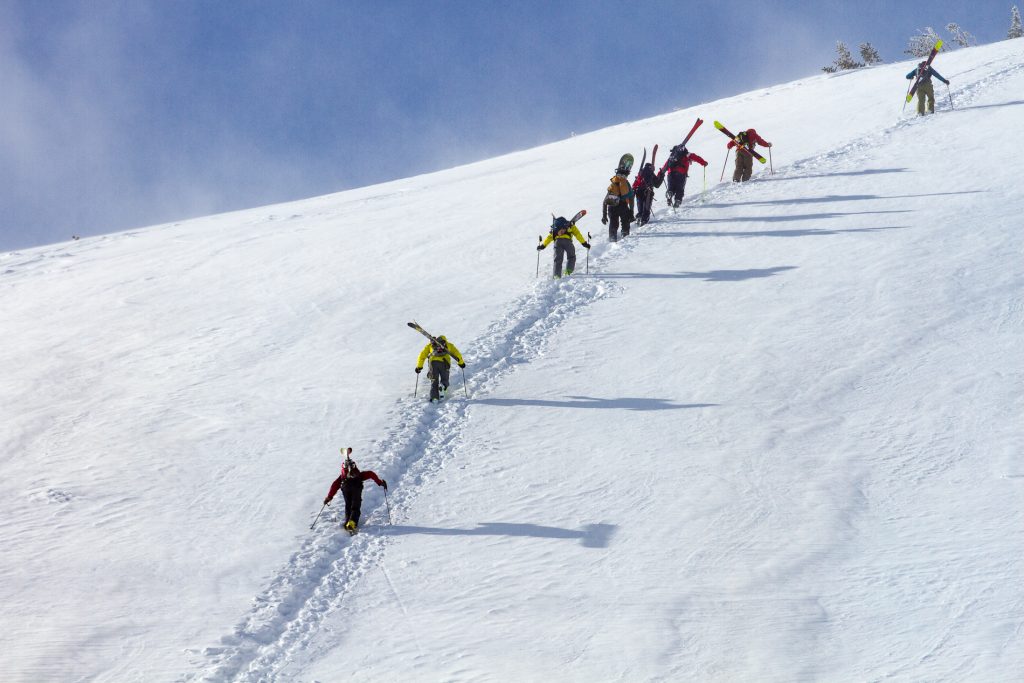 One by one each team began ascending the slope to the start in the order in which they would ski. “You want to draw between fourth and twelfth to get the best line,” explains Lloyd, noting that the edges of the bowl are steeper and harder to navigate, causing stress to the skiers on the end of the 22-team field.

“As you hike you can see the judges on the knoll and hear music playing and you realize, oh this is a big deal now,” says Lloyd. Based on an old photograph of the competition, he’s fairly certain that he and Hoadley got the 11th starting spot. The sweet spot.

As they stood at the top of their first run, they could see several bomb holes in their path to the finish. A result of the artillery that had astonished Lloyd the day before, these holes added extra challenge to what already requires a great deal of athleticism and teamwork to accomplish. In order to complete a figure 8, the second skier must be exactly one turn behind the first, in perfect synchronicity, which means that the movements of the skier must be in tune with one another.

“Jerry had a high arm pull plant,” says Lloyd. “I learned how to follow his arms and move in sync with him, because you can’t see each other’s skis in the powder.”

Competitors are judged on synchronicity, dynamism and symmetry of their turns. In blower powder, that requires more than just timing but a response and fluidity with changing terrain. When skiers cross the line, they can turn and see how well their turns matched each other’s, but it’s up to the judges to decide the rest.

“Some say we got a little home-teamed,” explains Lloyd, who noted that the Jackson Hole teams often ended up in the top 5. So many years later, no one can say whether or not his statement is true, but what can be agreed upon: fair conditions were set for those seeking to win the after party.

“The party is huge,” laughs Lloyd who remembers the seismic release once the competition finished. Having all of his patrol brethren as well as spectators and organizers converge to celebrate the occasion ranks as one of his favorite memories from the competition.

And the party really never stopped. When the duo returned home, they were welcomed like celebrities, getting their photo in the paper and recounting tails of their turns in Cody Bowl. It was no wonder that Lloyd did all he could to return as many times as possible.

“It’s even better now,” he promises. After Jackson Hole announced that it would reinvent the Grand National Powder 8s competition last year, Lloyd took it as an opportunity to revisit his old friends and the memories they made on patrol and in the pow.

“When we heard that they were doing it again, Jerry and I had no choice. We had to go back to Jackson Hole.”