The first time I drove you through town, I felt like everyone was watching us. You were so bright crimson and so high off the ground – you demanded all attention (as well as the entire lane) while I just tried to keep up after years of sitting at the wheel of a smaller, less noticeable East Coast vehicle. As I maneuvered from lane to lane, weary of your broad frame and long bed (lengthened by the addition of my bike rack), I wondered if people could see me fumbling through the first steps of our initial relationship. You, however, remained steady and unwavering – like the time I tried to parallel park for the first time, or hit your E-brake out of habit of an old clutch, you neither stalled nor quaked. After our first couple of days, it occurred to me that while we were all I could think about, no one else was watching. When I took a moment to look away from your wheel, I realized that we drifted in a flow of other Tacomas, F150s, Colorados, and Tundras, each driver equally engaged in a love affair realized by owning a truck in the mountains. 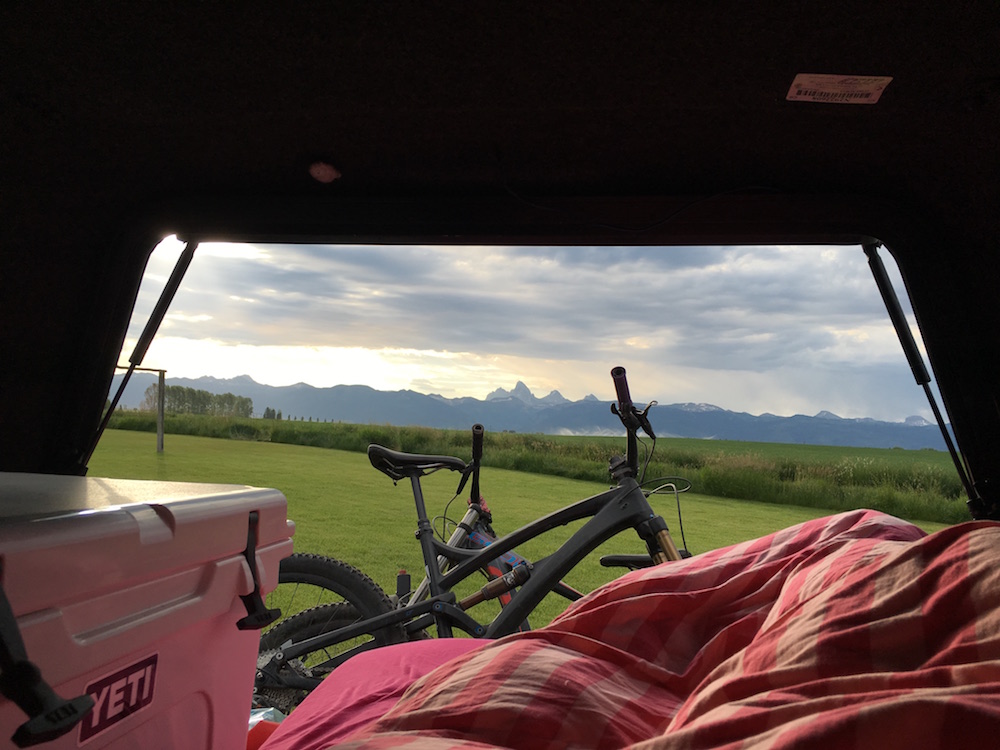 Like a love from any John Green novel, ours came slowly and then all at once. When I first moved to Idaho, I thought I was happy with my neutral colored, economical station wagon. Surviving a trip across the country, I thought that car might be the one. The one that sticks, the one that lasts through career switches and house moves, and eventually ends up being the first car my child drives on his 16th birthday. You know, the dream.

After only a slice of summer in Idaho, everything that wagon and I had began to fade. It shuddered when its leather interior got coated in mud, its roof rack bent at the weight of three bikes. With a trunk too shallow for a 29’er and suspension too short for even a mellow dirt road, it began spending days abandoned in my driveway as I avoided it in favor of carpooling in my friends’ more mountain-worthy rides. I had no idea how its two-wheel drive would handle even a moderate winter, but I knew that I didn’t want to find out. In the words of Adele, I had to be cruel to be kind. It wasn’t the wagon’s fault that it was made to drive fast and agile, low and sleek. It wasn’t its fault that I had moved it into a town filled with its antithesis. And when I started eyeing models like you, imagining myself filling a truck bed with gear, driving up rutted dirt roads, spending the night on a mountain pass, I knew that I had to end it, send the wagon back to the city and start looking for a new companion.

My first couple of weeks in the market were so exciting. Like any young woman searching for a ride in a ski town, I found that I had many options. There were lifted off-road trucks, extended cabs and extra long beds. I could choose from the new—bright and shiny, filled with optimism but little experience—to the old, weathered and rusted, but worn with the wisdom of years on the slopes and roads of our ski town. It was overwhelming, but exciting, and there were moments when I thought I might not ever choose. I could just live my life test drive to test drive, traipsing between the new and used, borrowing rides but never having to settle between heavy duty and midsize. And then, substantially and completely by accident, I found you. 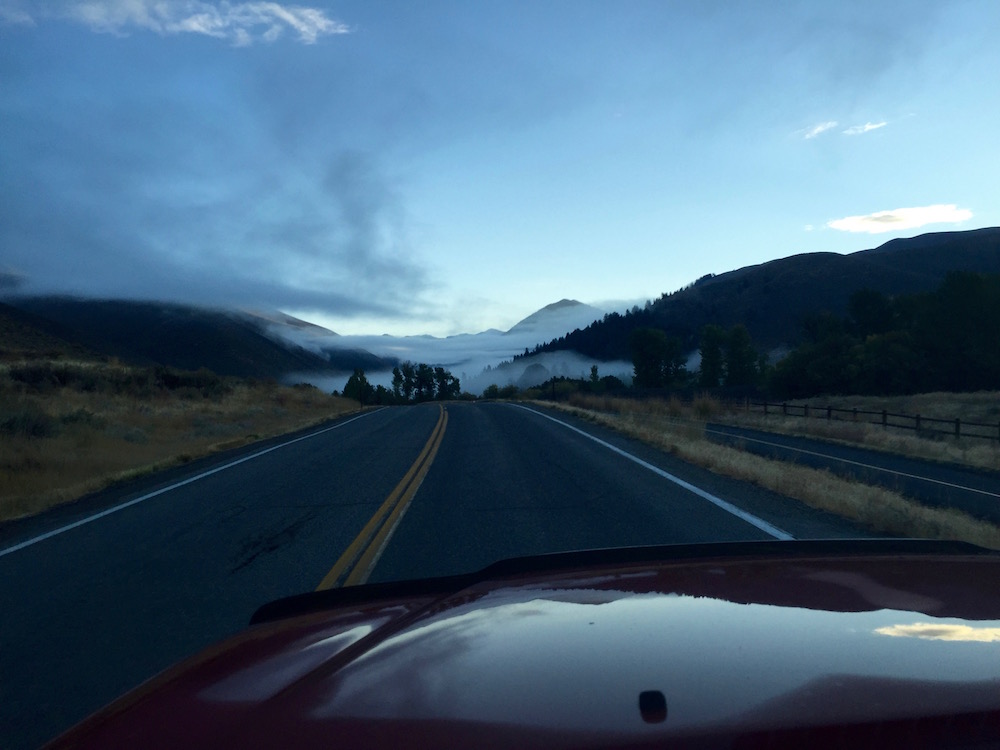 Taken by the hunt, I had become accustomed to changing my location on Craigslist, just to see what was out there. In my stationary moments, I would swipe left and right through the profiles, envisioning myself in each vehicle with no intention other than the validation of being matched, until I saw you. You, posing coyly on the roadside of an outlook in Spokane, were so perfect, yet so far away. Red, midsize, four wheel drive. I only had to add a topper and bike rack to finally attain the Platonic Form of the Ski Town Babe. It seemed rash, a long shot, but I had to try.

And just as suddenly, you were gone. I called your owner to see why your profile was gone, to proclaim my interest and request a meeting, but you had another suitor. A nice suburban couple looking for a country truck. At one point or another, all great loves require a little persistence, and so I pushed for a chance to see you and when it was granted, requested your title that day. What can I say? When you know, you know.

And I’ve never looked back. From our first drive up a rocky road to post-workout afternoons resting on your tailgate, you’ve added so much more to this mountain life than I expected. I even find your quirks, the $50 gas fill or the ticking you make when I turn on the AC, to be their own kind of perfect.

With your company, I’ve begun to find my way, literally, through this expansive environment. I’ve even begun to see my outdoorsy kid driving you someday, on his 16th birthday. You know, the dream.

All my love,
Annie